The Legend of Kyrandia: Malcolm's Revenge (1994) 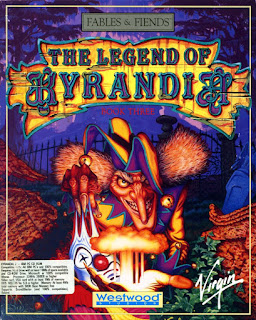 As a surprise twist, the 3rd Kyrandia game stars the evil jester Malcolm, whom Brandon defeated in the 1st game. Just like the ending of Hand of Fate teased, Malcolm wakes up when a lightning bolt strikes the statue he was turned into. Being a bit mad about the whole thing, the jester sets out the seek his revenge on Kyrandia.

Before we get to the story, graphically things have changed. While the character art still is done with pixel sprites, the backgrounds are now, rather poor, pre-rendered 3D. All in all, this new style isn't very good and has aged poorly. They are a far cry from the charming and detailed art in the two previous games and the characters never really fit in any of the scenes.

Also, while the voice acting is generally pretty solid, especially Malcolm is very well voiced, the game has a laugh track playing every joke. That in itself makes the whole game a rather odd experience. You can turn it off, but it's on by default and it's easy to miss that option. Another interesting option is the helium mode, which turns the voices, well, into helium voices. I don't know if I would play the whole game with that turned on though. 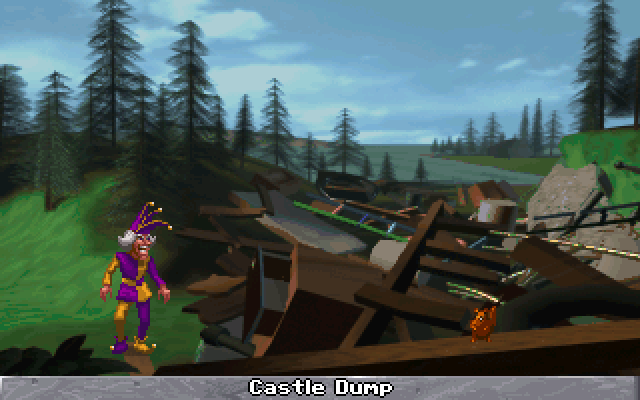 But, here's a surprise twist, Malcolm also pleads innocence to the murder of the previous royals of Kyrandia. He insists, that the dagger that killed the king was cursed and he had no part in it and the worst thing he did was blow up some trees.  Oh, and in a proper fashion, Malcolm and Brandon are actually related, as Malcolm was the cousin of the dead king.

So, as its first big puzzle, this nonsensical adventure first tasks you to find a way of leaving Kyrandia, as Malcolm is a persona non grata around there. This happens, in a proper Kyrandia fashion, by picking up a lot of random junk in hopes for it to bring a solution to some puzzle or another. After some trials and errors, the jester ends up on the Island of Cats, where the dogs have taken control, slave labouring the cats to gather the island's main export, sesame seeds.

As a side note, Island of Cats has THE worst labyrinth of the whole series. You have to walk in the jungle and hack bushes, behind which are either snakes or bones. The bones you need on another annoying puzzle, the snakes you can kill. There are no landmarks in the jungle, so if you don't have directions, you can wander around quite a bit while trying to map out the bloody thing. 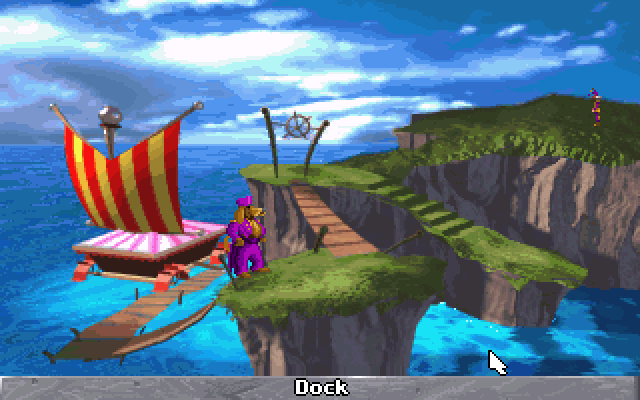 Malcolm plays on the side of cat rebels and manages to get a magical item that turns people into mice. This impresses the local pirates, who agree to help Malcolm in his quest of seeking revenge. But, during the attack on Kyrandia, Malcolm is sold out and sent to the ends of the earth, from where he plummets into the Limbo between heaven and hell.

After a couple of years of unconsciousness, the jester wakes up to find himself as the pet of the queen of Limbo. So, again he escapes by picking up some random junk and by learning how to summon the ghost of the dead king of Limbo. With this, he finally gets to heaven, but it seems there has been a clerical mistake and Malcolm is sent back to Kyrandia, where he finds the locals who have been turned into mice under the rule of the pirates.

Here we get an interesting choice. Throughout the game, Malcolm has been chatting with his evil subconsciousness. The return to Kyrandia frees his good side, so now he can choose to be good, evil or neutral for the rest of the game, leading to 3 different paths you can take to the end of the game. Prior to this choice, Malcolm could adjust his alignment meter between lying, neutral and nice, but after this choice, it's stuck on whatever he decides. 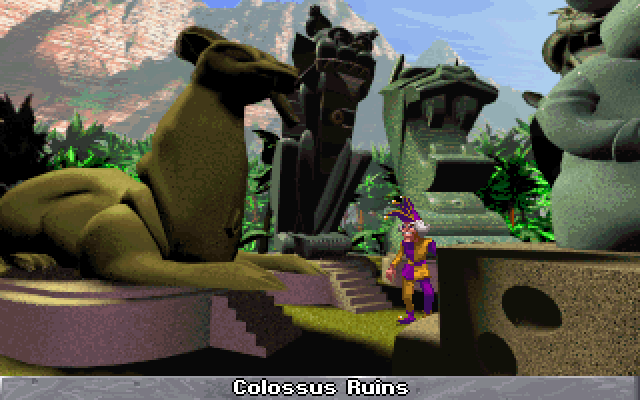 So, the end game is more or less the same with any of the choices: meet the pirates, go to the Isle of Cats to get the gems, get rid of the pirates and arrange the hearing where Malcolm is found innocent. On the evil path, Malcolm doesn't turn Brandon and Kallak back into a human and while proven innocent of murder, isn't made the new king instead of Brandon. On the good and neutral paths, Malcolm can turn everyone back to humans and is made a king. There are some small puzzle differences as well, the neutral being the most annoying as you return to the Island of Cats.

One of the worst puzzles still remains on all paths: you need sesame seeds and the only way of getting them is to sell the right items in a pawn shop. This requires you to walk in and out of the shop until you finally can sell items that are in your inventory, as Herman buys stuff that you can't even find from Kyrandia and what he buys changes randomly on entering the store. And that works exactly as you'd imagine: even if you have stuff you know he buys, he only buys it if he says he is buying it and that state is set on room load.

Anyhow, with that ends the Legend of Kyrandia. Malcolm wasn't that bad at all. Yes, he wasn't nice, but at least he wasn't a killer. And he even got into his own bed to sleep in the end, though there's a surprise behind the door for him, perhaps padding for the sequel that never came. 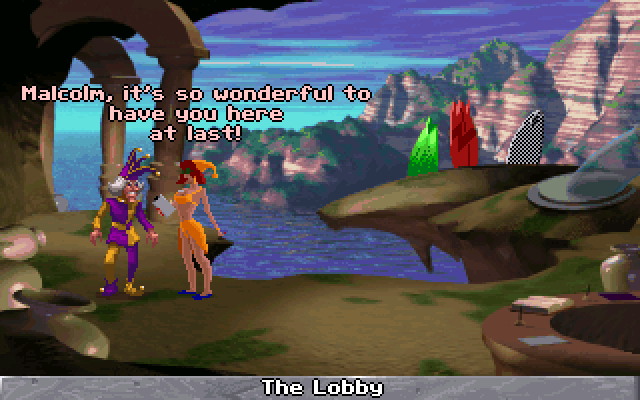 All said, Malcolm's revenge is perhaps the most disappointing of the Kyrandia games. While it does have some decent laughs, the story isn't very coherent, just as Malcolm's personality isn't either. The puzzles are mostly annoying exercises of picking up random junk and graphically, the game has aged far more poorly than its predecessors. I'd say it's the worst game in the series, mostly because I find it utterly, utterly annoying. It's a damn shame, as the box art promises so much.

If you want to experience Malcolm's Revenge yourself, it can be bought from GOG. 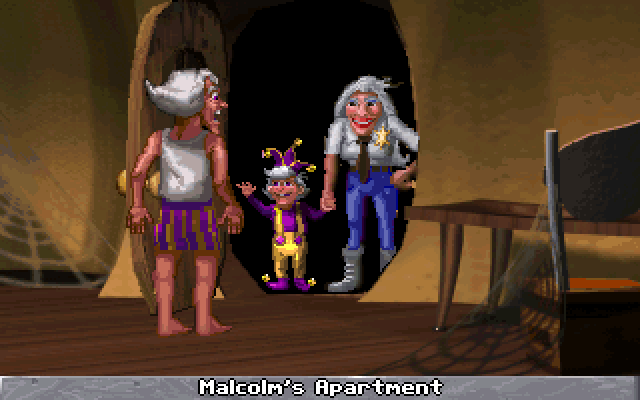