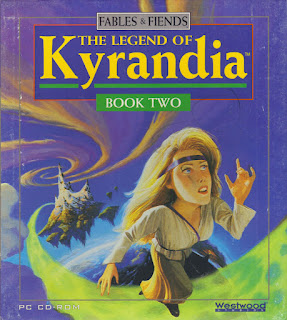 The Legend of Kyrandia: Hand of Fate (1993), developed by Westwood Studios, published by Electronic Arts
It might have been a surprise for the fans of the first Kyrandia game that the protagonist of the sequel wasn't Brandon from the first game.  Instead of the new king of Kyrandia, you take control of Zanthia, a royal mystic, who had a wee part in the first game. Another surprise might be, that the evil jester Malcolm isn't the cause of the new problems of the realm.
So, new troubles raise their head. Parts of Kyrandia have started to disappear. Like blinking out from existence. The mystics gather around to ponder this calamity, when the new valet of a mystic called Marco, presents his take. This valet, a sole gigantic hand, explains that the cause of this issue is the magical anchor stone at the centre of the world and someone has to travel there to fix it. This someone ends up being Zanthia. So, she heads to her swamp lodgings, only to find it ransacked and all her equipment scattered around. This makes things more difficult, as now she can't just make her journey snappy with the help of her potions. 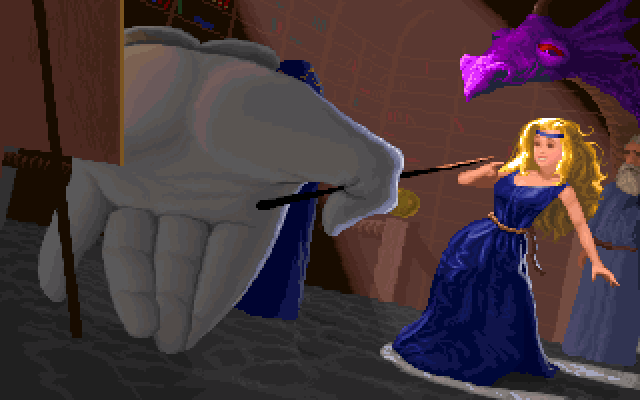 Luckily, she finds her old kiddy potions book, so at least she'll have that, whatever help those old potions for tots might bring. And it might not be a surprise, that those potions bring a lot of help. Especially after she finds a couple of more pages during her journey.
This might be a good point to say, that the puzzles of the game are again based on collecting random junk. But, this time a bit more purposefully, as the random junk are the ingredients of Zanthia's many spells. You just need to figure out what is the spell potion that might help her the most at any given time. And, for some potions you do need to use a substitute item, usually in a form of a pun or a wordplay, making things a bit more difficult for those, who might not be 100% fluent in English,
So, after some potions and puzzles, Zanthia finally ends up in the centre of the world. There, she's informed by Marco, that there's nothing wrong with the anchor, it was all a ruse by the hand, who is actually the real villain of the story - a fact that might have been obvious by the title - and that it has broken the wheels of fate. 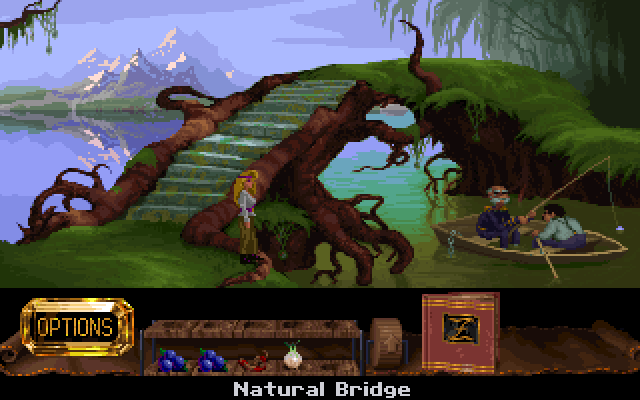 On her way to the wheels of fate, Zanthia learns that the hand is actually a part of an evil wizard, who is seeking a way of reconstructing his body. This little story factoid matters very little, as the hand is what you need to take care of, which is exactly what you do after fixing the broken gears of the wheels of fate. After which, you see the end credits and an eerie glimpse of things to come, when the statue of Malcolm is struck by lightning, causing him to revive from his statue form.
First thing, Hand of Fate is a far better game than the first Kyrandia. A lot of it is because the game is now more actively hinting at what you need to do and the spellbook is an active reminder of what the items you can pick up are actually meant for. Of course, the game still has some pretty nasty puzzles which will more than likely cause most people to grab a walkthrough, so it's by no means an easy, nor even a fair game.
Secondly, Zanthia is a far more interesting protagonist than the rather bland fantasy hero Brandon was. Zanthia has more of an edge about her and she takes no crap from anyone. She's also far more charismatic, a fact that is helped by the pretty solid voice work. 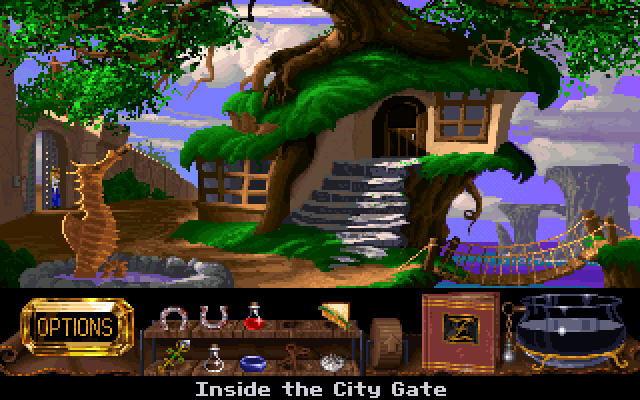 What I'm not necessarily a huge fan of are the varied environments. While the whole thing is a zany fantasy parody, I can't say I'm that keen on some of the design aspects, like the petrified forest and the whole land in the clouds schtick. Also, the whole centre of the world is similarly uninspired location in every way, design, writing and puzzles. The whole of fire island feels like a huge middle finger to the players, who will waste a lot of time in figuring out a puzzle that is a simple busy work red herring.
So, yeah. Again, this game is a mixed bag. It has a lot of things I like: graphically it looks very nice, the main character is fun and the game design has improved quite a bit from the first game. But, it also has huge caveats, like unfair puzzles and some uninspired locations.
Take that as you want. It's definitely a far more playable game, albeit not necessarily a great one despite the efforts by the developers. If you want to give it a try, it's sold in GOG. It's worth giving a spin if you can get it from a sale. 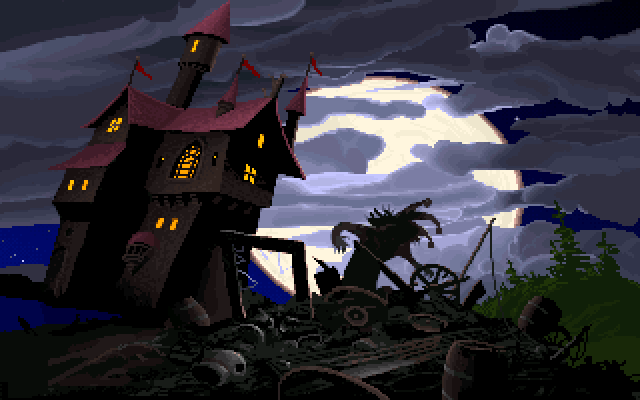