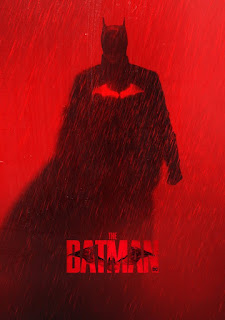 The mayoral elections are closing in in Gotham City. As the sitting mayor Mitchell (Penry-Jones) is lamenting the polls, he is suddenly taken out of the race when the Riddler (Paul Dano) kills him on Halloween. To the surprise of his men, lieutenant Jim Gordon (Jeffrey Wright) calls Batman (Robert Pattinson) to the scene, as the Riddler has left a message for the vigilante that has been punishing the criminals of Gotham for a couple of years already.

From here begins perhaps the most lacklustre part of Matt Reeves' The Batman, the cat-and-mouse game between Batman and 4Chan pastiche puzzler the Riddler. While the Riddler is the main villain of the story, he is overshadowed by the Penguin (Colin Farrell) and mafia boss Falcone (John Turturro). Both of them are b-villains of the story, but Falcone manages to have a more meaningful part in the story thanks to his connections to Bruce Wayne and Selina Kyle (Zoë Kravitz), despite otherwise being a more of a typical mob boss. And Penguin, well, he just manages to have some of the best villain scenes of the movie and Colin Farrel steals every scene he is in.

Refreshingly enough, Matt Reeves doesn't do yet another "the birth of Batman"-story, which we have seen done ad nauseum. When The Batman begins, it's made clear that Bruce has been beating up criminals for a couple of years already, establishing his fame. The city has the Bat-signal in use and while the masked vigilante is a known entity, he still is a controversial figure among the good people of the city as well as among the law enforcement.

Pattinson isn't really a great Bruce Wayne, but he is a very good Batman. I somewhat figured it would have been the other way around, but Pattinson manages to pull off the angry, ruthless Batman of this iteration very well. His character arc as Batman is perhaps the best done in any of the modern Batman movies, as he moves from the idea of being the vengeance to the idea of being the sign of hope against crime and corruption. He grows from being a traumatized, violent vigilante to someone, who begins to see that there might be other ways of making a difference than just brute force.

Vengeance is the encompassing theme of the whole story, really. Selina Kyle is on her own path of bloody vengeance against Falcone because of the disappearance of her girlfriend, a path from which Batman manages to save the capable cat burglar by making her see that killing Falcone will not bring her the satisfaction she is looking for. The Riddler is seeking his own demented vengeance against the cream of Gotham and Batman, well, he's vengeance, as he himself puts it early on in the story.

While I was watching the movie, I could not help but feel the Penguin was severely underused. But despite his less-than-preferable screen time, Colin Farrell brings his A-game to the role, making the role truly his own, even donning prosthetics that make him completely unrecognizable. His performance is perhaps the strongest of all the 3 villains of the story. Farrell's take on the character is very different from Danny DeVito's take, Batman Returns (1992) being the previous time the character was a part of a live-action Batman movie.

Jeffrey Wright deserves a special mention as well, as his take on Gordon, and the relationship between him and Batman, is perhaps the best done in any Batman movie. He is still a good cop, but he is, again, willing to bend the rules to get through the corruption with the help of Batman. Wright definitely has more to do in the story than any of the previous iterations of the character and he carries the part well.

Overall, Batman was a very positive surprise for me. While some aspects of the story, mainly the rather lacklustre Riddler, don't quite work as efficiently, it is a very well-done movie, which I'd place in the top 3 Batman movies. I don't know if The Batman is left one-off or if Pattinson and Reeves return to the franchise, but even as a stand-alone movie, this one has its place on the top.