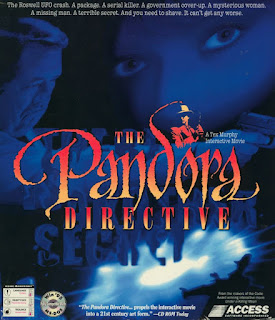 The Pandora Directive (1996), designed by Chris Jones and Aaron Conners, directed by Adrian Carr, and developed and published by Access Software

Oh boy, there's quite a bit to unpack with the second FMV installation of the Tex Murphy series. The easy thing to do would be to say, that Access simply expanded upon the framework they laid in Under a Killing Moon. But on the other hand, narratively and in terms of gameplay, that would seem like an understatement.

Now, the first thing you have to understand is, that this time around the story of the game is rather ambitious. Not necessarily in style, this is still a dystopic sci-fi adventure of a detective out of time, but in structure: unlike in previous games, The Pandora Directive has several paths, leading to seven different endings. Some are happier than others. What leads to those paths is, how Tex behaves, whether he's selfish, or heroic, does he succumbs to temptations and so on. Even some puzzles you encounter happen only on some specific path, so as far as adventure games go, there's quite a bit of replay value.

For Tex, the story begins when he is having a drink with Chelsea at Louie's restaurant. An elderly man, Gordon Fitzpatrick enters and happens to hear, that Tex is a private eye and he happens to have a case for him. Gordon has been looking for his old friend, Thomas Malloy, but the man seems to have disappeared. Sounds like a simple enough of a case, so Tex takes it, but he soon discovers that he has stumbled upon something far more sinister. 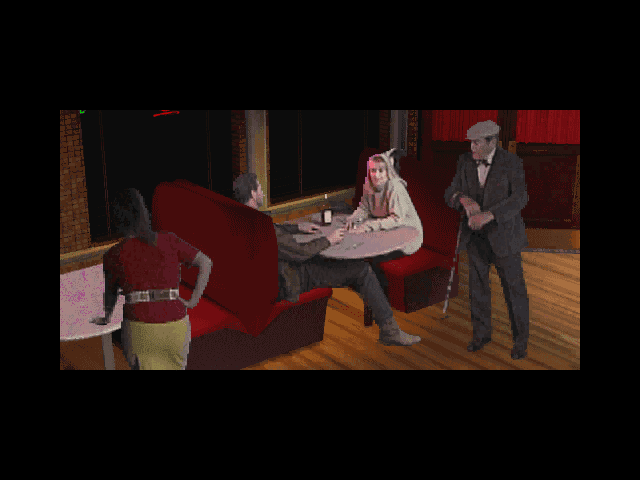 At first, it's something about ancient aliens, then there's the mysterious Black Arrow serial killer and then it's the NSA, which has also mixed up in the case. But, the sleuth he is, Tex is not going to let a case go until he manages to crack it, one way or another.

What has to be said, is that the cast of the game is quite good, with Barry Corbin as the most notable actor in the cast. He is, at the same time, giving a very good performance as well as hamming it up as the sinister NSA agent Cross. The rest of the cast, while perhaps not as well as known as Corbin, delivers similarly finely balancing performances, which fit the game to a tee.

The direction is much better as well this time around. Adrian Carr who acted as a director this time around, was a proper director with some movies and TV series under his belt when he took the reigns from the producer and creator of the Tex Murphy, Chris Jones. It's easy to tell the FMV scenes had been directed by someone with more experience. 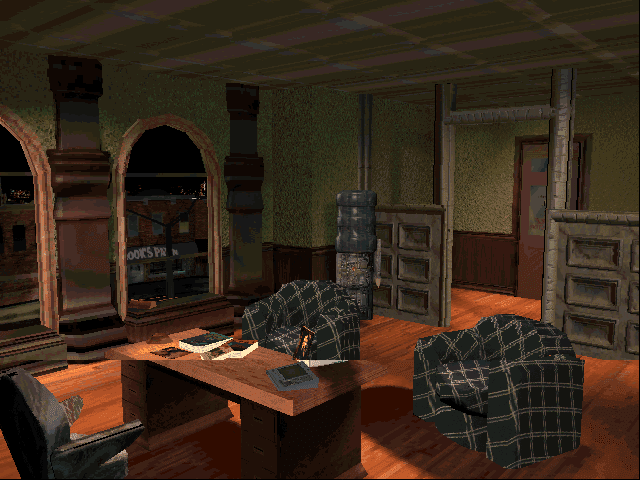 The gameplay itself is quite similar to Under a Killing Moon. The game is controlled in 1st person expiration mode, in which you can rummage the locations and look for things. Then there's the interactive mode, which you use to interact with the things you've found, like picking them up and so on, as well as in which you do the inventory interactions as well as access to the travel menu and so on. While the way it works is a bit clumsy, it works well enough. Mostly, the biggest problems come from the fact, that with the low-resolution, low-quality 3D, it's hard to figure out what items on the screen you should care about.

Another aspect is the controls in the 1st person exploration mode, as you control Tex with the mouse. While the game runs fine on Dosbox, the control scheme is a bit problematic, especially in the later game, where you need to manoeuvre a couple of rather annoying mazes. The biggest issue is, that the control speeds can be a bit finicky, so it's easy to run over your intended mark. You can fiddle with the Dosbox settings, of course, but still, the age of the game is more than visible here.

Puzzle difficulty varies quite a bit. Some puzzles are simple, some rather fair, but especially in the later game, the puzzles can get quite difficult. Some are even timed, so that adds to the difficulty. Really, the Mayan temple, in the end, is by far the worst location in the game, as it's just a handful of puzzles string together by a maze, that suffers quite a bit from the controls. 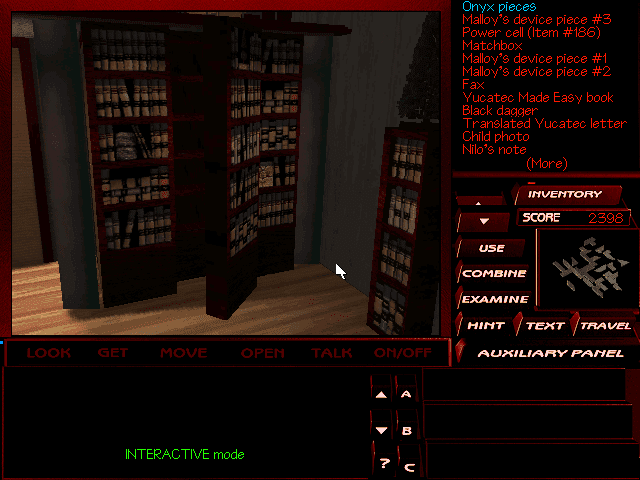 That said, you can play the game with the internal hint system turned on, but this has some effect on the game content. The entertainment level allows you to bypass some harder puzzles, the harder mode includes some additional puzzles and locations. So there's an incentive to play the game the hard way. The game is perfectly enjoyable on the easier level too and you can play all 7 paths, so you can get to every ending no matter what mode you choose to play. It's just more of a question of, do you want some extra on the game.

I find The Pandora Directive to be at its best every time you get to explore a new location, looking for the clues that slowly string the story together, so in that sense, I'd recommend playing on the easier level, at least in the first time around. The game suggests the easy mode as well, especially for the first-timer or novices in the adventure genre. 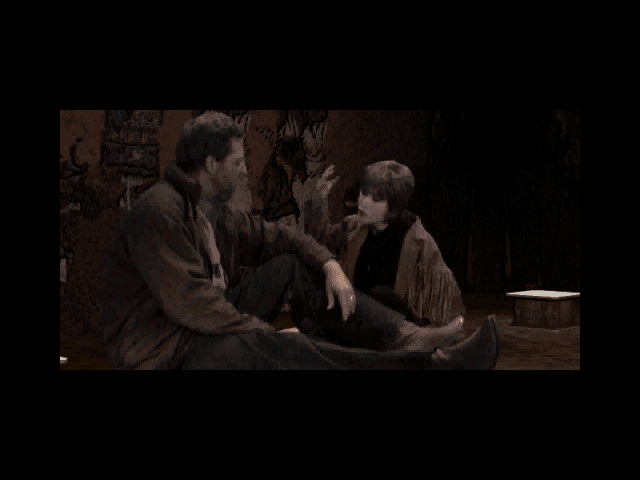 Generally, The Pandora Directive is thought of as the best Tex Murphy title, and I'm inclined to agree with the assessment. While it might have aged poorly in some technical aspects, it still has a great story and the game is meaty and long. I do hope that the upcoming remake with upscaled FMVs and remade 3D environments as well as modernized gameplay will manage to bring the game to modern players as well, as it definitely is worth playing.

For those wanting the embark upon the 2nd FMV outing of Tex Murphy, the game can be bought from GOG and Steam. I do heartily recommend it, flaws and all. 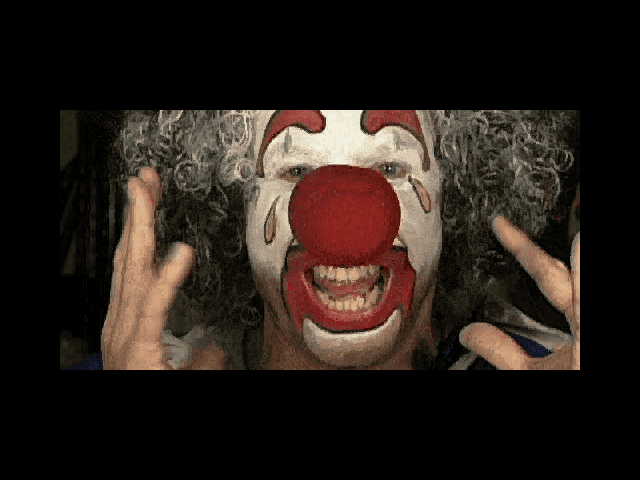