We have to go back in time to 2012. To a time when Kickstarter turned all the rage thanks to the massive success of Tim Schaffers Doube Fine Adventure which turned into a pretty solid Broken Age. That success made other old developers take notice, including Scott Murphy and Mark Crowe, who are better known to old-timers as the Two Guys From Andromeda, a duo behind the Sierra-classic Space Quest games. With gusto, I threw in a couple of dollars, just to see my old childhood favourites get back at it again.

Please do note, that this is a review of the backer release. As of me writing this, SpaceVenture is available only for the backers, so what comes to bugs and whatnot, I can only hope, that the full release version of the game has been properly patched. 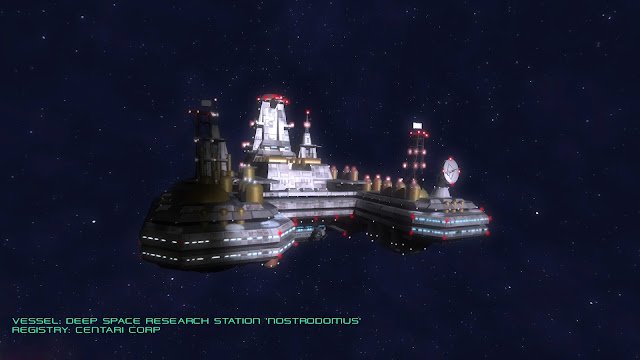 The long, silence-ridden saga of SpaceVenture has finally come to a sort of a finish. The game, over a decade in production by the designers of Space Quest, has been kicked out from the beta to the eager hands of all those, who so long time ago in the distant 2012 pledged their money to its development. As far as Kickstarters go, it was a dreadfully ran project, with the developers trying to hide behind the wall of silence. Some of the digital rewards were barely redeemed. But that's the past, the game is finally here, after a gruelling, far too long development cycle. Now, how did it turn out?

Ace Hardway is a blue-collar hero... a man for a job if there's one at hand. He's not quite the idiot savant that was Space Quest's Roger Wilco, Ace has far more personality than that, but he's not really a hero either. He's just a guy, who's thrown into a situation he has very little inkling off. He does end up saving the galaxy, but most of the time, he's more or less oblivious of the bigger things taking place around him. Ace himself is more occupied with trying to get his space plumber business kicking into high gear. Or not really in high gear, more like on a gear.

Our brave plumber has been sent to check out the life support system issues at the space station Nostrodamus. After a somewhat aloof manager lets him in, Ace soon finds the station empty. But a job is a job and Ace is nothing but a professional. With Rooter, his walking toolkit robot, in tow, Ace begins to look for the cause of the problem. The problem seems to be a gigantic, mutated space squid that has gotten stuck in the coolant pipes. 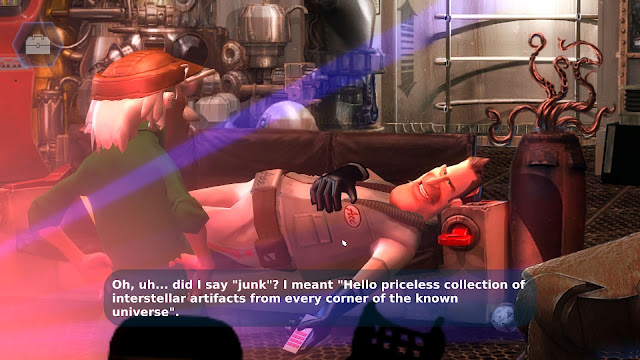 This whole opening part in Nostrodamus is easily structurally the best part of the whole game. While the puzzles are nothing special, the setting forms a cohesive whole in a bit of a similar fashion as the garbage freighter in SQ 3 does.

Just like in Space Quest 3, the rest of the story feels more like a random collection of stuff you need to do in order to get to the end. Sure, there is a story behind it all and the next job Ace gets after hopping out from the corporate train for self-employment ties Ace to it as well, albeit without his knowledge. Ace is just trying to chase a buck whereas there are people after him chasing him for what they think he knows.

The story is more fleshed out in the release version than it was in the beta. There are some additional snippets here and there that turn it into a more solid narrative, though there still are a couple gaps that are left unexplained, overall, the story is good enough. I find that the comedy works, so that delivers too. 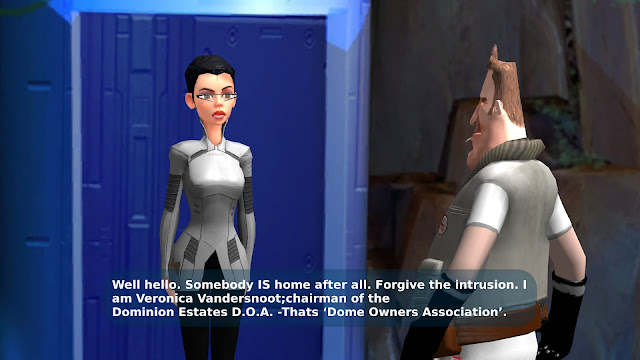 For some small extra, SpaceVenture contains 3 additional games within the game. At Ace's home, you can play Flappy Bird-inspired Cluck Yegger arcade machine. At Tacon Nova, an annoying fast food restaurant, there is a taco-themed tower climbing game and at one point, you get to play Five Nights at Freddy's inspired Cluck Yegger game. Only the last comes as a plot relative game, but solving that is optional.

So, SpaceVenture was 10 years in the making. Was it worth the wait? I guess that depends. If you were expecting a technically well-done game after such a long time, you might be disappointed, as this version is still a fairly buggy experience. Sure, a lot of huge game-breaking bugs have been fixed, but there are still bugs that can jump at you. The save system, which was the reason for the final dalay, is still basically a checkpoint system which resets the room you saved in.  It's far from what you'd expect from proper save game mechanics in an adventure game.

In contrast to the previous beta version, the backer release is smoother, but it still is so broken, that I can't really see how they'd bring this to stores for bigger audiences to buy. To make a short of it, technically SpaceVenture is a rather clumsy piece of work, from bugs to terrible UI design, clunky controls and bad hotspot detection. 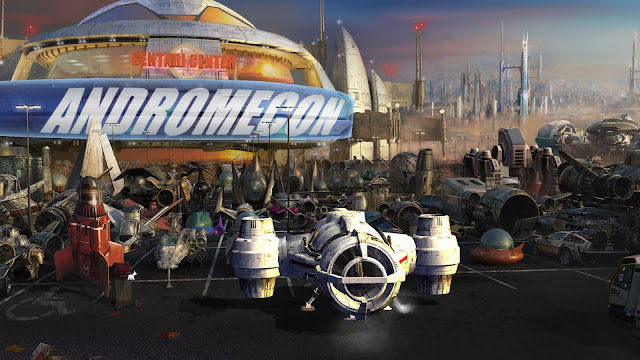 In many ways, it almost feels like a good idea to take the assets from SpaceVenture and rebuild the game by using something like Adventure Creator for Unity. That would mean trashing some of the control mechanics done for SpaceVenture, but in that, nothing of value would be lost. I doubt they'll do anything like that though. They probably try to fix what can be fixed, but all said and done, SpaceVenture will most likely always be a broken and janky adventure.

I do appreciate that The Two Guys did, in the end, muster through and manage to release the game, at least for the backers. It would have been easier to drop it a long time ago. I know I would have abandoned it myself. As it is, SpaceVenture isn't the golden comeback they probably were hoping it could have been. It's not even much of a swansong if it was intended to be one. Now, it's just one, sad throne to the lacklustre resume of former Sierra alumni, who dipped their finger in the vast pool of crowdsourcing to give game design yet another go without an industry giant like Sierra behind them. And a giant like Sierra is something some people need to stay on course. Or at least it might make things easier.

SpaceVenture is not sold anywhere yet, it's only out for the backers. 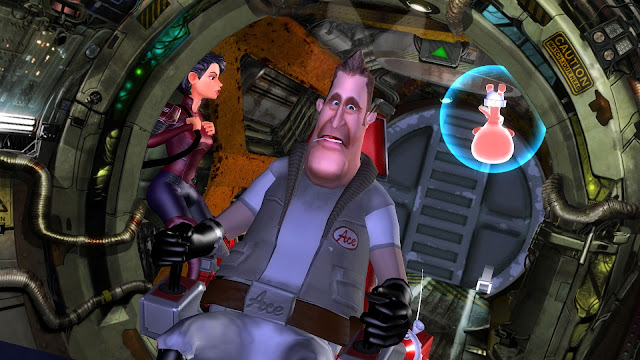