Paradigm, a noseless mutant with huge tumours on his head, is living his life in the city of Krusz, trying to create his dream hip hop EP. His days of dropping phat beats are interrupted, when his layabout computer informs him, that he needs to find a system restore disk for the other computers that run the nuclear facility they all live in.

At the same time, unbeknownst to Paradigm, Olof, the sloth overlord of the local evil company DUPA Genetics, a manufacturer of genetically engineered Prodigy Children, wants Paradigm captured. See, Paradigm is a Prodigy child himself and in him, there might be a key for repairing other Prodigy kids, who are disappointing their parents by choosing a career in arts.

Paradigm's adventures in locating the recovery disk end, when he is, in fact, captured by DUPA. But, not satisfied with staying in the torture chamber, he escapes and finds the local resistance, that actually has been inside the DUPA labs all this time. They fill their own plans to Paradigm, who obediently in the proper adventure game fashion springs to action. 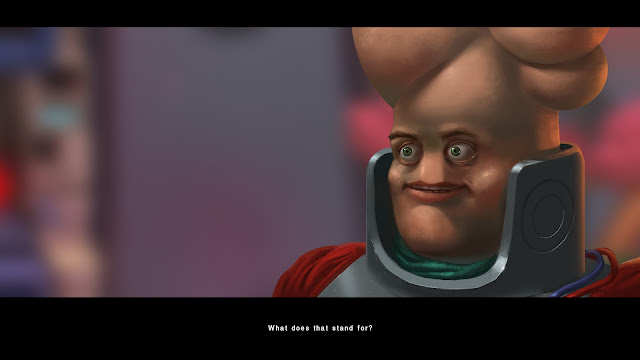 Finally, at Olof's lair, Paradigm launches the plan and defeats the sloth, who was also a genetic experiment created by the former founder of DUPA, who died of diabetes thanks to his invention, a living candy dispenser that Olof os.

If you think the plot description sounds bonkers, I can only say that the game is even more so bonkers. It's through and through a pure nonsense comedy in the good sense of the word. It never takes itself too seriously, despite it was evidently seriously done. It's a comedy game that isn't afraid to be zany and crazy, breaking the 4th wall often enough. The humour it has is at times clever, at times juvenile, at times madcap or grossing. In a word, it seems to draw jokes from whatever is the most appropriate for anything the scenes need, be it poking fun at gaming cliches or just making interesting connections between things, or turning some things to their literal conclusion. 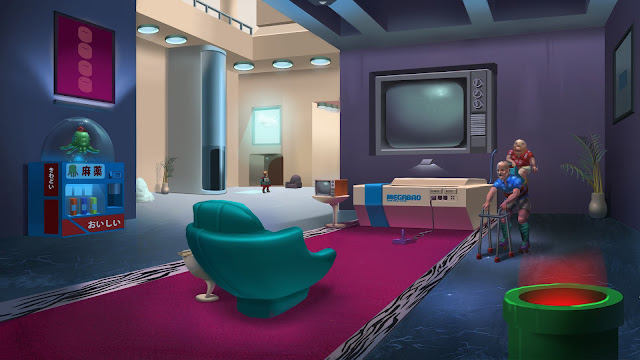 I could say something about the gameplay and puzzles, Paradigm is a point-and-click game, but I feel all I need to say is, that despite its nonsensical nature, it still is a pretty fair game, even on the easy side, especially for seasoned adventurers. It does offer easier modes as well, but that said, the puzzles shouldn't pose big problems.

Paradigm is a fun, zany game. If you are a fan of well-made point-and-click adventures, especially comedic ones, this should be a no-brainer. I know the graphics, especially Paradigms looks, might seem a bit too much at first, but it all works out very, very well.

You can get Paradigm from GOG and Steam. Go get it. 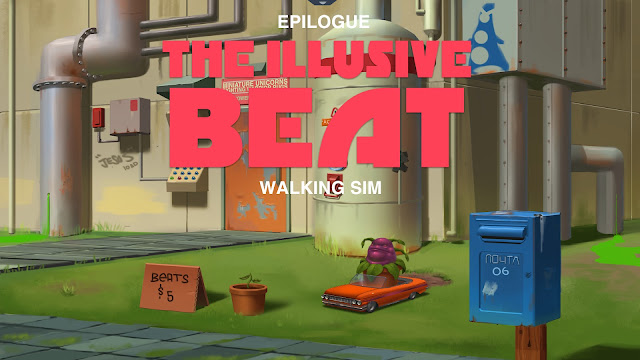