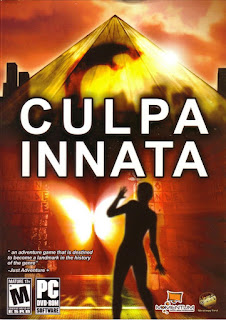 World Union has taken control of a large part of Europe in the future. This World Union is based on the virtues of greed and selfishness, as those are the traits of every successful person, be it their economical or sexual wellbeing. This new world is free of crime and sickness and everyone has their proper place. Even the children are guided to adulthood by professional child carers instead of their biological parents, who might be ill-fitted to ensure children's proper growth.

Not all of the world is a part of this prosperous world union. The countries outside of the Union are called the rogue states, from which many hopefuls try to immigrate to this supposed world of prosperity. One of these rogue states is Russia, where the events kickstarting the story happen: Bogdanov, a World Union citizen, and a Russian immigrant, is murdered there. 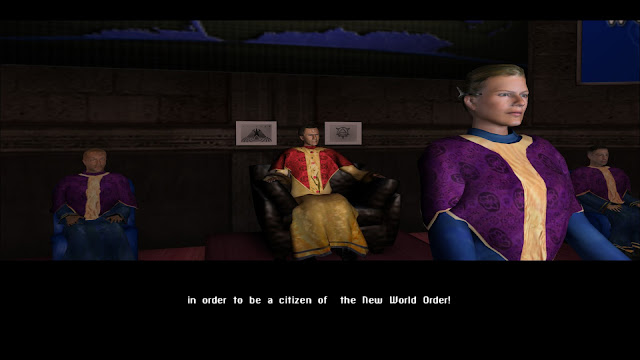 GPSN Peace Officer Phoenix Wallis of World Order city Adrianopolis is given the task of finding out if Bogdanov's life in the World Order had anything to do with the murder itself. While it does seem like a long shot, the Russian police have asked for assistance in the case. So, it falls to Phoenix to start investigating a rare occurrence within the World Union, the murder of one of its citizens.

At first, it all seems pointless. Bogdanov seems like an immigrant like any other: a man, who is trying his best to be as successful as he can, or at least as much as his natural attributes allow. But then, Phoenix begins to find clues that the man might be linked to a death of a professor, who was killed because of an unsanctioned electronic device so mysterious, that not even the criminal forensics have had any access to it. Phoenix trying to get access to the device is wrapped around bureaucratic red tape.

Then, there's evidence of a local military pilot who might be linked to smuggling those illegal devices from Russia to the World Union. The lead is even harder to investigate, as the pilot's plane crashed in Russia and the military is keeping shush on the matter. 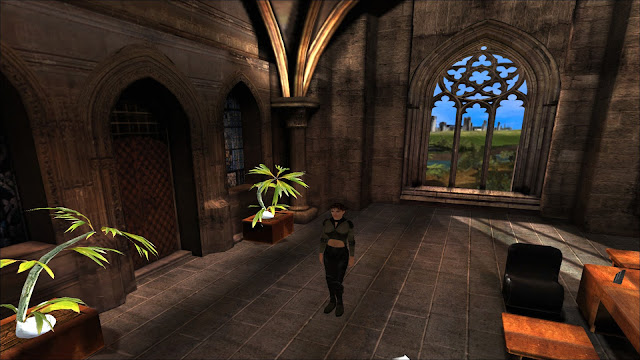 These leads take Phoenix underground, beneath the city, to the tunnels, from where she finds a mysterious group calling themselves the Renovators. But they remain as one of the bigger mysteries of the story, as she is then rendered unconscious and ends up back in her bed, with her mind and her diary wiped. This whole segment, thanks to the game ending in something of a cliffhanger, is left somwhat unsatisfying strand.

The other leads finally pan out and Phoenix finds a link to Bogdanov's death: his former brother-in-law, who is also a member of a Russian crime syndicate. While the man didn't kill Bogdanov, he knows why he died: the mafia sent Bogdanov to the World Union to set up an illegal trade. The items sold were illegal virtual devices which caused people to get addicted. They used the devices on a rental basis and each hit cost them more. Bogdanov got greedy and decline to pay the mafia their share until he mysteriously ended back to Russia, where he was killed, thus paying the ultimate price. 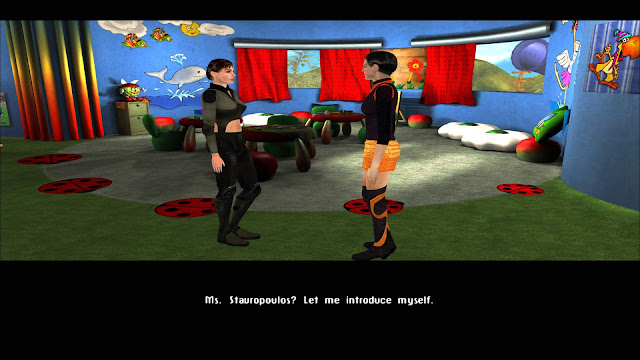 The case is now wrapped, and the game ends with a cliffhanger of Phoenix being sent to Russia to get to the bottom of the murder and expose the crime syndicate. The game was released in 2007 and the sequel hasn't yet seen the light of day. It's very likely, that it never will, as this is the only game its developer ever made.

As a murder mystery game, Culpa Innata is a bit of a mixed bag. The main story and the world are quite interesting. The world is basically a kind of a supposed utopia, while it's clearly more of a dystopia. So. there's nothing new on those grounds, but it's an interesting setting nonetheless, though I do have to admit, the selfishness and greed aspect isn't played out that much. It's not really quite the Gordon Gecko world you'd expect.

The way the story advances is quite annoying. You spend most of the time going around the city and speaking to the witnesses. The kicker is, that you can ask only a handful of questions a day, as taking too much of people's time would be politically incorrect. There's enough time to conduct only three or so interviews a day and a lot of the things you get to talk about are utter garbage, so it often feels that you are mostly wasting time. 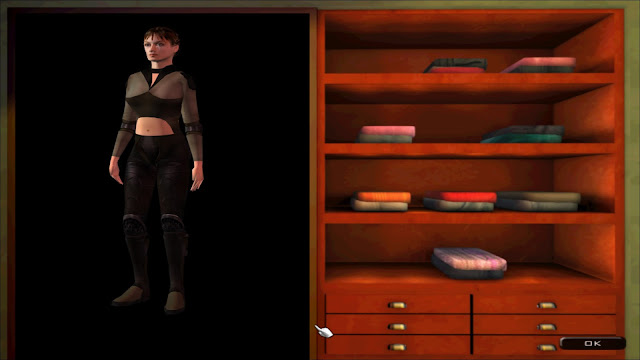 After each day, you can gossip or go clubbing with your closest friend. This gossiping part is one of the oddest aspects of the narrative, as it doesn't really seem to serve any purpose at all besides underlining, that Phoenix gossips about the supposedly secret investigation to her bestie. Most of these scenes are pretty poorly written as well and don't really advance the game at all.

Considering the premise, you'd think this game was mostly about digging up clues in conversations, but there are these oddly old-school adventure game-like puzzles, which don't really fit the game and its tone. The first one of these is Phoenix's attempt at locating her communicator, which she finds from an alcove of the GPSN building. This is followed by a lockpicking puzzle with a bobby pin and finding a butterfly from an easy-to-miss plaque. The latter really stumped me for a good while, as there really wasn't any logical reason to spend that much time investigating the sign.

Then there are the citizen interrogations, which aren't much more fun either, as you can spend a lot of time doing those going quickly nowhere. The dialogues are filled with badly written fluff and because of the daily question limit, you are forced to travel back and forth between locations. And the butterflies are one, a huge stumbling block that can stop the progression for a good while, while you just spend the in-game days scratching your head. 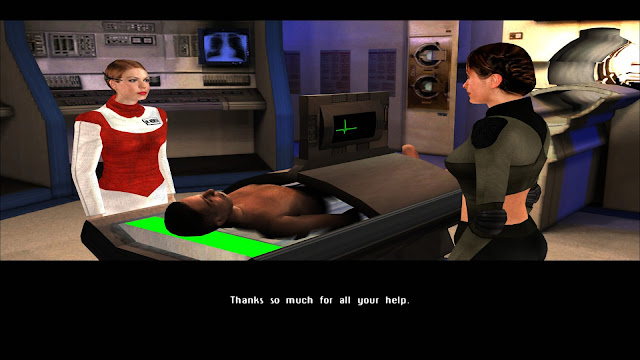 Oh, the time. Yeah, the days pass in the game, but as far I can tell, the spent days have only an effect on the final score, and even then, not by much. I ended up spending 32 game days on the case and my final tally was 87 points from a possible 100. The walkthrough I glanced in order to find those butterflies solved the game in 16 days, but they didn't mention the final score. I can only assume they got closer to 100.

Time advances only when you are doing something, like talking to people or travelling between locations. This means, that if you are stuck, say talking to one witness, you need to aimlessly jump around the city until the evening comes and then you can either hit the sack or do a couple of activities reserved for the evening.

So, like I said, the game is a bit of a mixed bag. While it is interesting, it also suffers from being rather poorly designed. It's a massive game, in terms of narrative, but The Longest Journey isn't, in terms of how well that massive story is presented through more interesting gameplay. 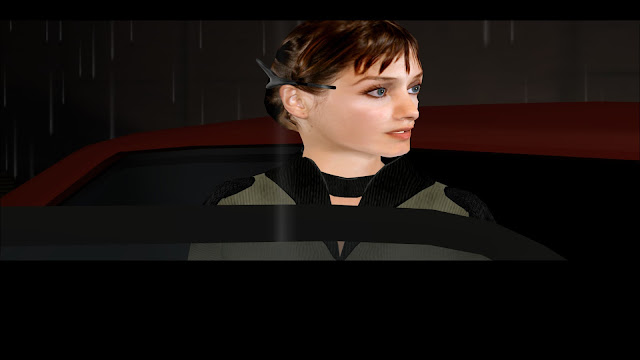 In a way, Culpa Innata feels like a game that didn't quite know what it wanted to be, or better yet, it was designed thinking an adventure game should have certain elements in it, otherwise it would not be an adventure game. What it feels like it wanted to be was a long, narrative-driven game, where traditional puzzles would not either exist or would be in a minor role. But at some point, the devs began to second guess their design, so they ended up ramming in some ill-fitting puzzles, which then ended up affecting the balance of the narrative game as well.

I wouldn't call Culpa Innata a good game. It is interesting and if someone ever manages to make the teased sequel, I could be intrigued enough to play it. But, if you are intrigued, you can get it from Steam.

As a final note, the Steam version is apparently censored, so it could be a good idea to get the uncensored patch for the game. You can find it in Steam forums. It adds some extra scenes to the game. And boobs. 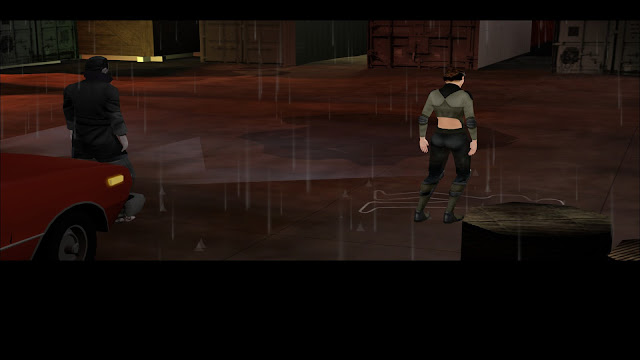