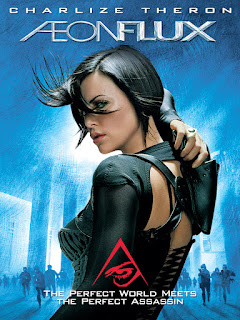 People like to reminisce on how MTV had actually good content back in the day instead of the tepid "reality" content it's known for these days. Instead of attempting to get the audiences hooked on the shocking lives of modern teens, they had shows that at least tried, and at times successfully so, to bring in something new and original. Aeon Flux was one of those series, which is now well remembered by its fans and critics alike.

So, as MTV was looking to expand upon its content, they started turning their best hitters into movies, Aeon Flux being among them. I've never really seen much of the animated series, so I can't comment on how the 2005 movie adaptation compares to the original. All I can say is that it's not that great of a movie despite it does try a lot.

In 2011, a virus decimates most of humanity. Doctor Goodchild manages to create a cure, but it leads the remaining 5 million people to live in an isolated city. For 400 years, humanity has existed in this utopia, where they are provided for just as long as they don't question their environment. As long as they keep their mouths shut of the people going missing and the odd melancholia that keeps flushing over them. 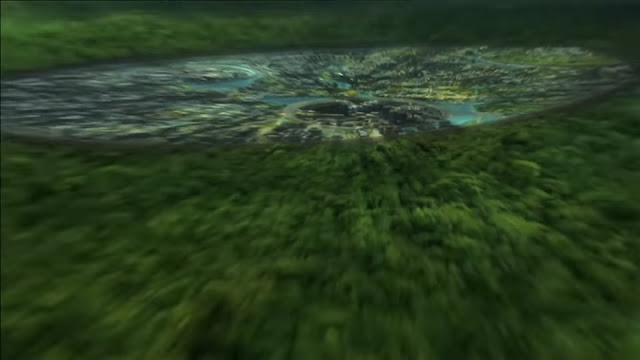 Aeon Flux (Theron) is a part of a rebel group called the Monicans, who seek to push the Goodchild family out of the power they've held since the founding of the cure. After the government kills her sister Una (Amelia Warner), Aeon is sent to kill Trevor Goodchild (Csokas), but just as she's about to do so, Trevor calls her by a name, Kathrine, which arouses memories in her she didn't know existed.

As Aeon is captured, it's revealed Trevor's brother Oren (Miller) was actually behind ordering the hit. He wants to change leadership, as he wants the society to stay as it is, as Trevor has actually found a way to cure what ails modern humanity: everyone has been sterile for centuries and all new births have been results of cloning. The cure for infertility would mean, that the Goodchild regime as it is, would be over. Even the suppressed memories are a direct result of cloning, as it's people remembering their previous existence. Una's killing was directly tied to the fact, that she was the first human for centuries to become naturally pregnant.

What comes to Aeon, she was actually Trevor's wife centuries ago. Both Trevor and Oren are among the handful of people who know their origins, as each old version has explained it to their future selves. In this cycle, Oren sees the keys to immortality, despite it being something that is slowly unravelling people's minds. Trevor on the other hand, just wants people to return to their normal life cycles. 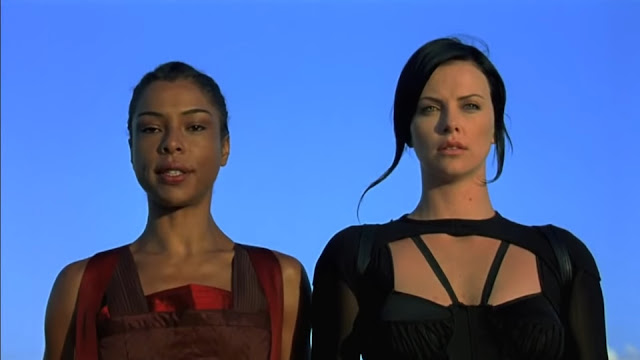 The overall plot of Aeon Flux isn't really terrible at all, it just is, that the movie itself isn't very well written, especially the characters are rather bland and even generic and as it is an action movie, the action scenes are rather poorly directed. The terrible soundtrack doesn't isn't doing the movie any favours either.

Considering Aeon Flux was its director's second full feature movie, it's entirely possible, that this kind of stylistic, big-budget action movie was more than she could chew. While there are visually rather appealing scenes in the movie, the way action is shot is often rather unsteady. Then again, this might stem from the difficulties in trying to bring the greatly stylized action of the animated series into a live-action movie and the special effects of 2005 not being able to achieve what the director was trying to do. Oftentimes, trying to achieve this cartoon aesthetics makes the movie look laughably bad in terms of action

Aeon Flux definitely isn't a bad-looking movie and it does have a lot of great ideas in it, it just is, that the overall execution of it just isn't very strong. It is an interesting movie, but in this case, being interesting just isn't enough. 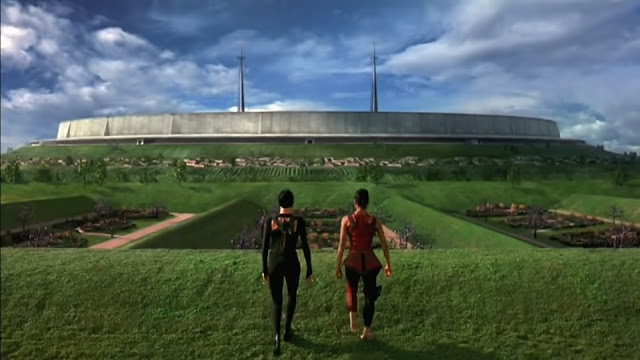