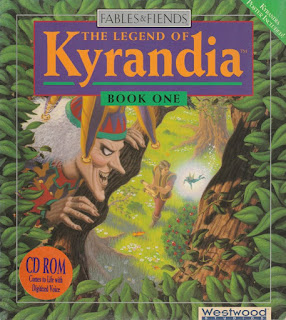 I hate the puzzles of The Legend of Kyrandia, I really, really do. Even back in the day, when it was a brand, spanking new game, I hated the puzzles it has. With time, I haven't become like them any better. That out of the way through, I have a tremendous amount of appreciation towards the game, as it has fantastic graphics and the world is pretty interesting. Also, the CD-ROM version has a pretty decent voice acting, far above what you'd expect from an early 1990s game.

The story is sweet and short: the evil court jester Malcolm has escaped from his magical prison and is now wreaking havoc in the kingdom of Kyrandia. He was imprisoned after he got power-mad and killed the king and queen of the land. But, freed, he seeks vengeance on those who locked him up and so, he runs around turning people into stone statues as well as sapping the magical powers of the Kyragem to himself, thus slowly draining the world of magic. When young Brandon arrives at his grandfather's house, he finds him turned into a statue. There's a letter, but it seems to be empty, but luckily local mystics can provide assistance. The letter tells us what we already knew and it's up to Brandon to find a way to defeat the evil jester.

Oh, and it turns out that Brandon is the son of the dead king and queen, so there's that old chestnut.

Now, like I said, graphically The Legend of Kyrandia looks very nice. The characters look good, and the voice acting is pretty solid. I don't care much about the soundtrack, but that can always be turned off, so no harm, no foul. 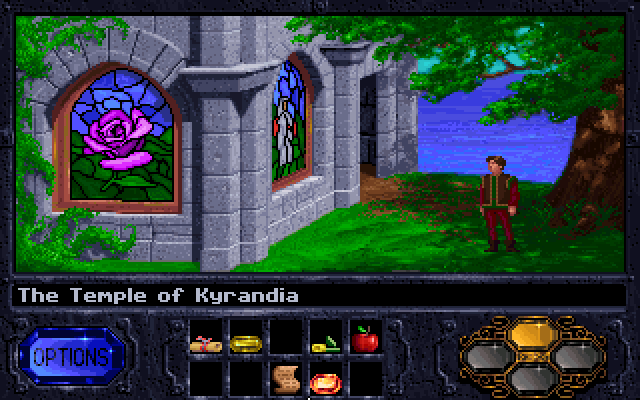 What can't be turned off are the puzzles. See, a good deal of the puzzles are either walking around in mazes or picking up random gems and flowers. Well, at least it feels like that. What's worse, the game hints very, very little about what you should be doing. Instead of solving puzzles, you just wander around, perhaps even dying at times. There's also the little thing of being able to lock yourself to the final area of the game without a couple of important items. And obviously, you can wander around aimlessly for a while before you figure out, that you don't have all the important things with you. Nor will you easily know what those important things are. So, it's all in all, it's mostly built around the worst puzzle design tropes of the adventure genre.

And, for the kicker, perhaps the most interesting puzzle element of the game stays rather underutilized. See, one big puzzle of the game is to spark the four blackened gems in Brandon's amulet. Each of these gems has a specific magical effect: yellow heals, blue fetches, purple turns Brandon into a will'o'wisp and red turns him invisible. Each of these gems is used once or twice, which seems like a terrible waste. Like, the game is about healing the land while you seek the means of defeating Malcolm, yet the healing is used only three times, two of which more or less as soon as you get the gem. 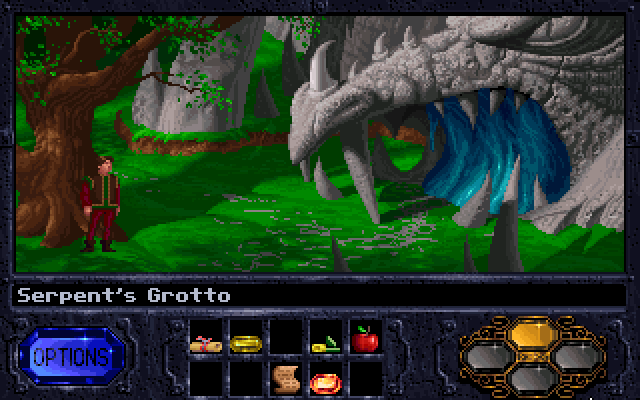 So, instead of utilizing the most interesting element of the game, the puzzles just kind of steer around it. I get why, to a degree, as you have to spark the gems first, but still, it would have been nice if this element, which is also featured quite heavily on the UI, would be used in more puzzles. And it's not like the puzzles they are used are even that great, but they could have been used to design something far more interesting than what is offered.

The poor puzzle design does come as a bit of a surprise, as otherwise, the game style leans more towards Monkey Island than King's Quest. As far as writing goes, Lucasfilm-style comedy is more or less in focus on the dialogue as well as on the world and the same can be said about the background art and the character design. And this isn't a bad thing, as those are things The Legend of Kyrandia excels in and in some aspects overshadows its examples. 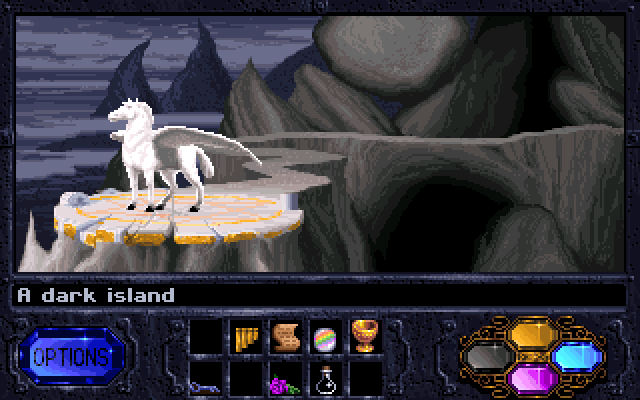 Anyhow, that's more or less all I have to say about the 1st game in The Legend of Kyrandia series. It grew into a trilogy at a relatively quick pace, so I gather it was a big enough of a game for Westwood at the time. You might need a walkthrough if you want to play it yourself and I'm not necessarily recommending it. It is a good-looking, funny game though if you can get past the more annoying aspects of it.

If you want it, you can get The Legend of Kyrandia from GOG. 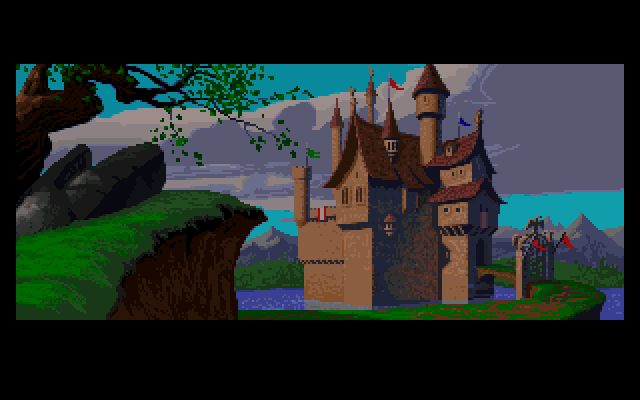