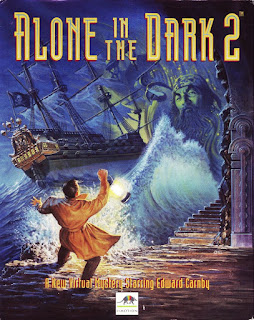 Alone in the Dark 2 (1993), directed by Christiane Sgorlon, written by Hubert Chardot, Frederic Cornet and Christian Nabais, published and developed by Infogrames Europe

If the first Alone in the Dark game still is a good example of how to design an atmospheric horror adventure, the second game in the series is a good example on how to ruin a sequel by overemphasizing the sole aspect that sucked in the first game.  I don't know if a fast production schedule is to blame, considering the original came out in 1992 and the sequel in 1993, but I do reckon the developers might have chosen combat over the puzzles as they are easier to put in.

Alone in the Dark 2 stars Edward Carnby, the other playable protagonist from the first game. This time around, his old colleague Stryker asks him to help in solving the kidnapping of a young girl, Grace Saunders. He suspects, that she's been taken by a notorious bootlegger One Eyed Jack. For what reason, he does not know, but in the end, finding out ends up costing him his life. 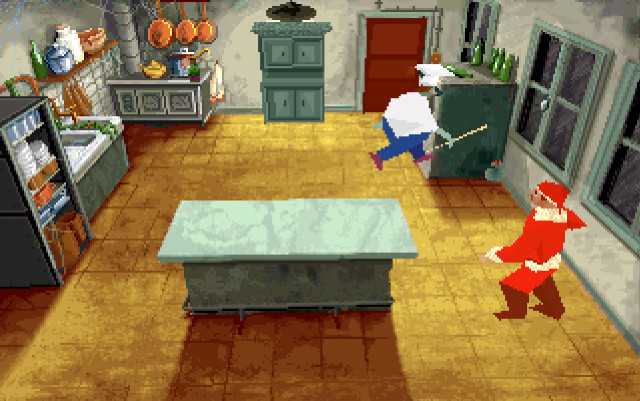 From the getgo, it is obvious, that the sequel is built more upon action than its predecessor. In order to get in the mansion of Jack's, Edward blows up the main gate and fights his way through several enemies. Considering the terrible controls and fighting mechanism, this is far from being a fun experience. Not only do the enemies see you far before you even know where they are, but they also aim and shoot faster than you can. What this means is a terrible amount of trial and error in figuring out where they are and where you should be so that you can actually kill them.

It really is pretty telling, that you can actually skip the first half of the game via teleporter stone that is located pretty close to the beginning. You only need to run past a couple of enemies, step on a plate and see how the game whisks you to the next part of the game, in the cellar of the house. And if you are thinking, that the plate is hidden, far from it. I found it by accident on my first time playing the game.

After getting inside the mansion, Carnby learns the truth of the matters. One Eyed Jack is no mere bootlegger and a gangster: he is an immortal pirate captain from the 15th century,  who needs the girl in order to drain her life energy, making her old so that he and his men can live on. 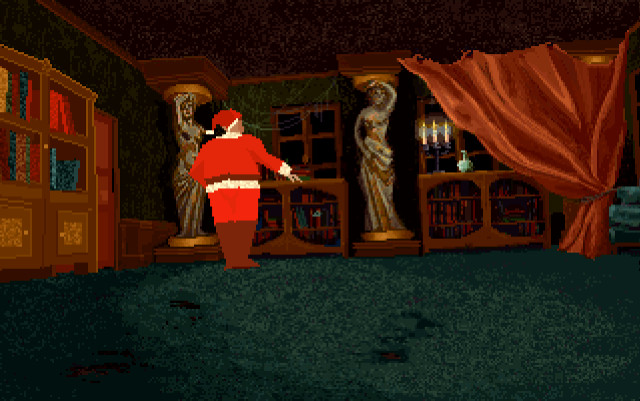 As in outside, Carnby needs to fight his way through many enemies. Again this takes cumbersome trial an error, first dying a couple of times before you'll figure out where to go and how to move in order to beat the enemies. Again, many of them have Thompson machine guns, which make short of Carnby. A lot of saving and loading later, he is caught by a sorceress Elisabeth Jarret, who is responsible for the voodoo keeping the pirates alive.

As Edward is out cold, you get to play as Grace, who has managed to escape from the clutches of her captors. As she is just a little kid, she can't fight the pirates, the only thing she can do is try to be sneaky. What this means is trial and error in figuring out where it is safe for her to move.

Grace has to find a way to free Carnby, so she has to skulk her way through the pirate ship where he's shackled. After finally freed, Edward has to again fight against the pirates. This time armed with a sword, his fighting prowess feel much better. Or perhaps the endgame weapons have been made stronger and the enemies weaker after the developers realised that the style of gaming they chose for the sequel was far from being optimal for the engine they used. 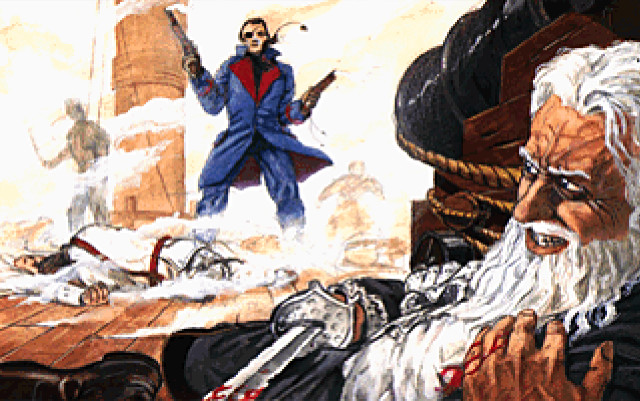 Some additional puzzles and tonne of slain ghost pirates later, Elisabeth captures Carnby again, But this time around, Grace already knows what to do, and after a little bit of voodoo, Elisabeth is dead and Carnby is free again to wreak havoc among the centuries-old pirates.

Quickly, he escapes to only ghost pirate too strong for him to kill and climbs ladders to the man deck of the ship. There he dispatches the rest of the crew and finally faces One Eyed Jack himself. They fight until Carnby and Grace manage to slip in a rowboat, which they use in their final escape.

The biggest problem of Alone in the Dark 2 is, that it relies too much upon combat in an engine, which isn't very good in combat. While the first game had some unavoidable battles, they all were fought against enemies, which were more or less as fast as you and didn't have an advantage of fast aiming machine guns. Here, the clumsy controls make it a chore to aim and shoot fast, which is even more of an issue because of the limited amount of bullets you have at your disposal. 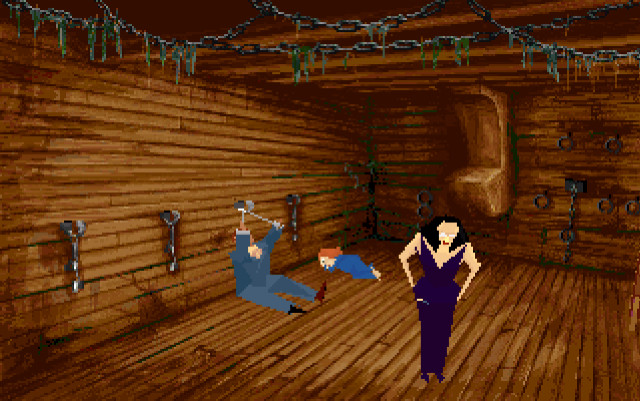 The graphics are a tad better, especially what comes to the background art. Even the jagged character models are a bit more refined thanks to texture mapping, but that isn't saying very much. While some improvements have happened in the engine, the game does lack the atmosphere the first game had. The mansion of the first game is moody and sinister like ripped from the pages of Edgar Allan Poe or H.P. Lovecraft. Here, the atmosphere is more like a tongue in cheek ghost story, where the 15th-century immortals have taken the role of gun-toting gangsters.

There is no way around it, Alone in the Dark 2 is a disappointing, disjointed and badly designed sequel for an innovative title. While some aspect of it work nicely, it still manages to fall short in what matters the most. In short, Alone in the Dark 2 is a game you can fully skip. And if you are hellbent in seeing what happens in it, I'd recommend watching a Youtube playthrough. 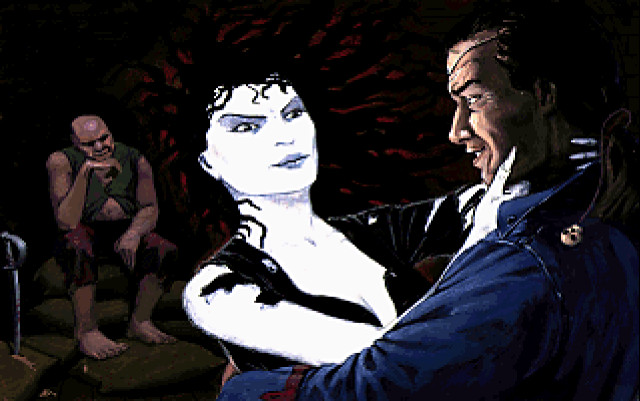