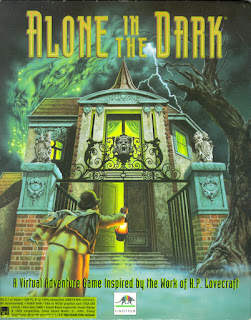 Alone in the Dark (1992), written by Hubert Chardot and Franck Manzetti, designed Frédérick Fryanal, developed and published by Infogrames Europe

In 1992 the light of eternal darkness was shed upon Alone in the Dark, a game that can be seen as the grandfather of 3D survival horror games like the long-lasting Resident Evil-series and Silent Hill games. In this tale of cosmic, H.P. Lovecraft inspired horror, you take the role of a sole protagonist trapped inside a mansion filled with horrors from beyond, aiming to turn you into one of them or kill you in the process.

It all begins with a suicide of one Jeremy Hartwood, who hanged himself at the attic of his home, a sinister mansion called Derceto. As no foul play was detected, the police soon forgot the case. But there is more to it, or so at least believes Emily Hartwood, one of the two possible playable characters. Emily is a nice of Jeremy's and she isn't taking the apparent suicide of her uncle granted. There must be a note or some other message of why he'd do such a thing. Or perhaps there is evidence pointing to some other solution than suicide. So that is why she opts to go to her uncle's mansion, to find out the truth. 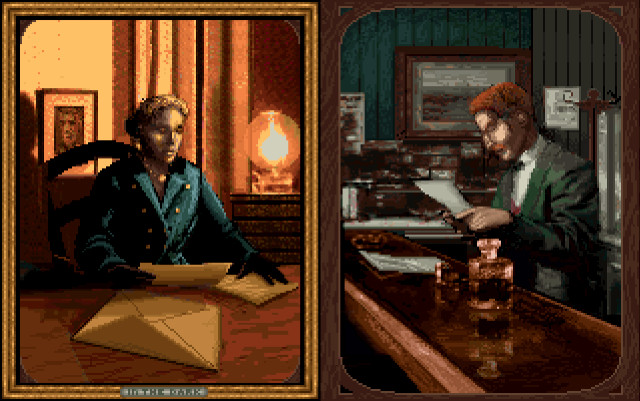 Edward Carnby, on the other hand, has nothing to do with the Hartwood family. The reason why he arrives at the mansion is quite different: he is a private investigator, who was hired by an antique dealer interested in an antique piano at the attic of the house.

If you ask me, despite it makes very little difference in the game itself, it makes more sense to play the game as Emily. Her opening story snipped makes much more interesting reason for her to be in the Derceto. Carnby is there to check out some piano of which nothing is mentioned later on nor does the antique dealer story play any part of the story as a whole. It all is about the mystery of the mansion and how to escape it alive. And as Emily's ties are closer to the house and to Jeremy, it just makes more sense to play as her.

After arriving at the now empty Derceto, Emily climbs the stairs to the attic, where her uncle took his life. Little does she know, that there are beings in the dark watching her, plotting her demise as soon as she walks down the dirt pathway. 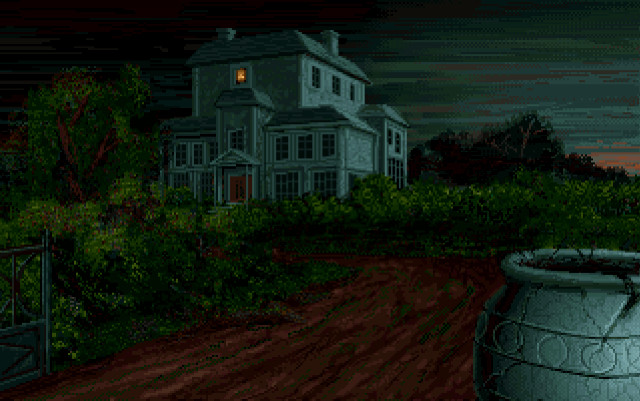 Staring at the place of her uncle's death, Emily is soon startled by a banging of a trap door. She recalls the coroners and the police reports of the circumstances of Jeremy's death. From some reason, the man had pushed a heavy wardrobe against the window and the banging on the trap door makes Emily believe, she should do something similar.

She does just that by pushing a heavy chest atop the trap door, but then she sees movement behind the window. So she follows the steps of her uncle and pushes a wardrobe in front of it. After she's done that, there's finally time for searching her surroundings. It doesn't take long for her to find a letter, where Jeremy in the clear grasp of madness tells, how he has to end his life so that the evil dwelling inside the mansion won't get his soul.

Considering the letter and the beings that tried to attack her, Emily is now convinced, that her uncle's death wasn't just suicide. She walks down the stair to the second floor, only to be attacked by zombies and a weird duck like-monster. Luckily she has found a rifle, which dispatches the monsters quickly enough. Without that, she can only kick, punch and head-butt her attackers. Or if she has a knife or a sword, she can field those as well. 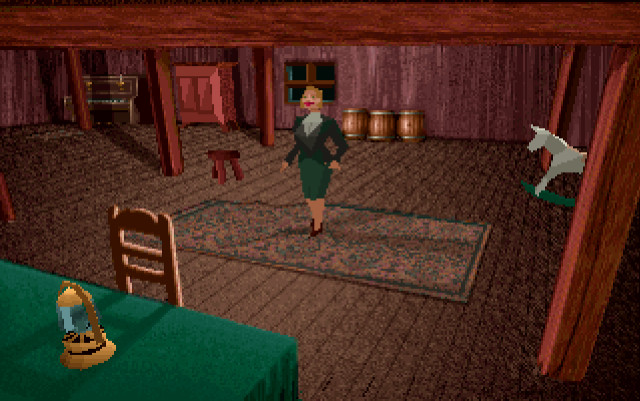 Alone in the Dark offers all the stables of any survival horror game. The game is not only about fighting monsters, but it's also about solving puzzles. In the case of AitD, even more so about solving puzzles than fighting, which is a blessing really. Many times you can remove a threat of the enemies by solving a puzzle, like with zombie horde in the dining room, which can be rendered harmless by placing a cattle of soup on the table. They were dinner guests after all.

The story is provided in a form of books, journals and letters. Reading them isn't mandatory, but some of them do provide clues and hints on what you should do or if some monster can be killed only with a specific weapon. You also should read them, if you are interested in finding out what the hell is actually going on in the mansion. The version currently sold at GOG is a CD-version of the game, which provides a voice over on every book and journal, some of which are read very well, some less so.

The biggest flaw of the game is the controls. They are the dreaded tank control variety like many of the '90s 2.5D games had. It wouldn't be that bad if there wouldn't be fighting, which is an extremely cumbersome task with the provided control mechanics. The unarmed combat is slow and at times you die only because of the speed of your attacks is slower than the monsters.  using guns is terrible, as you need to aim the gun towards the enemy, but because of the cinematic presentation of the scenes, that can be more than a hassle, often leading in missed shots. So saving game often is recommended. 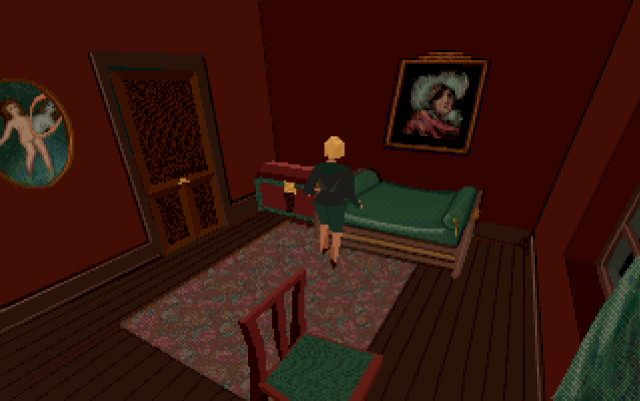 You can interact with the world by choosing different action modes from the menu. These modes are fighting, search/open, push, jump and close. Close is never needed and push is used in a couple of environmental puzzles. The most common modes you use, are fight and search/open. The inventory is limited, so you can't haul everything you see. It isn't as bad as it sounds, as you can lug twenty or so items and in the end, the mansion is relatively small, so you can drop stuff and be back for them if need be. The jumping is pretty much as bad you'd guess from a game with tank controls. You aim the character and jump, hoping the direction is more or less correct and that the jump isn't taking her too far. Luckily there's very little of jumping needed.

the worst thing about the limited inventory is, as you'd guess, that you do need some sort of clairvoyance towards the end and what you need to have with you. For example, you can spend all the lamp oil before you can to the dungeons underground, where you do need to use an oil lamp in order to go forward in a dark maze (shudder). And as the way back up collapses, you can't go back to get important objects you need in order to kill the main baddie. 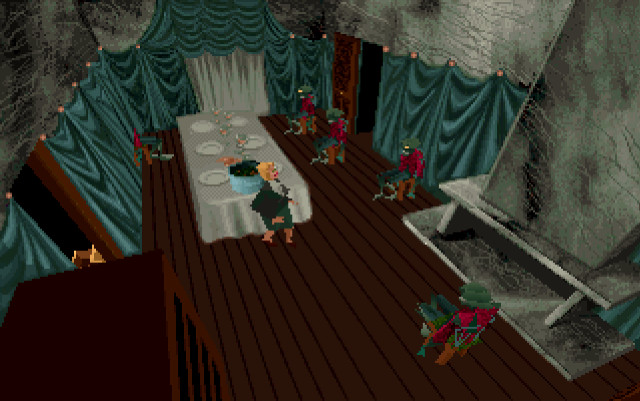 Problems aside, Alone in the Dark still is a good game. It still provides a solid roadmap on how to design an adventure/horror game with a solid atmosphere. If only the controls were better, then the action parts of the game would be more enjoyable as well, but now they are something to be endured rather than enjoyed.

But as we have seen several remakes/remasters lately, maybe now we could finally see a proper remaster of Alone in the Dark. God dammit, why don't someone fix those controls? 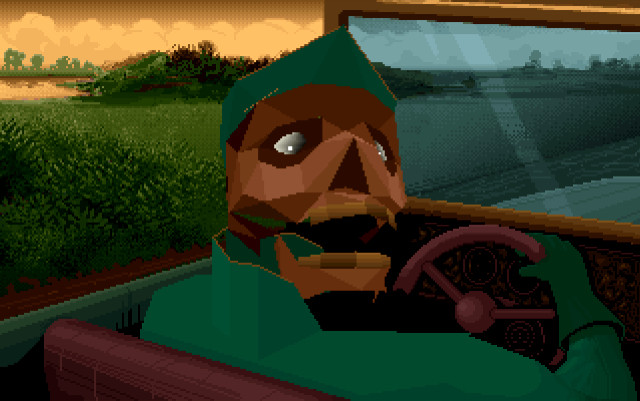