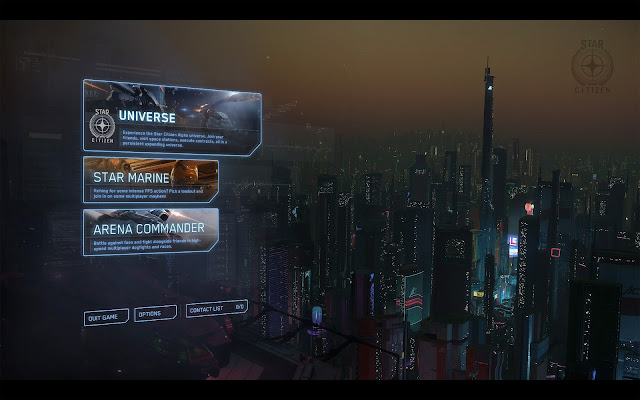 You wake up from Port Olisar, a space station revolving slowly around a gas giant Crusader. You might take a walkabout there, but you might just as well check your Mobiglass to see if there's something interesting for you to do. A job offer picks your fancy, a simple transport job. So you take it.

You pick up a parcel from a dispenser located nearby and carry it to your ship, which you enter. The parcel you place in your cockpit or wherever you have extra room inside. After sitting down and turning the engines on, you are cleared to take off and set the navigation course to the target destination of the parcel.

The parcel is destined to a little outpost, on a moon millions of kilometres away, so you plot in the course and hit the Quantum drive on. Nothing much to do but to watch the kilometres chip away. If you are unlucky, the ship might slip out from the jump too soon, but that's just a small task of realignment and jumping again. 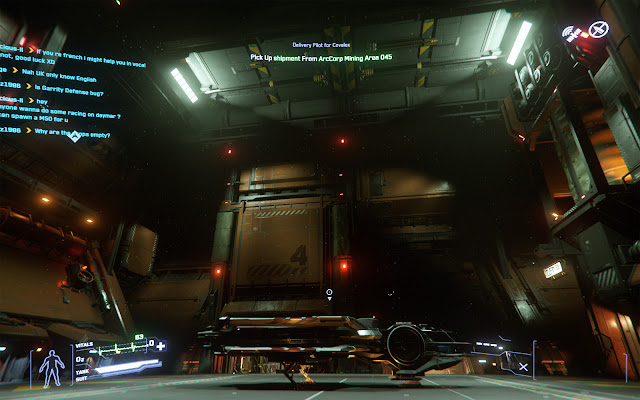 The ship finally arrives at its intended destination, so you can aim towards the moon and start your landing approach. This either means you speed up a bit and close in manually or do another small Quantum jump to get close enough to begin landing. In either case, landing gears down, you close the ground near the outpost.

You get up and get the parcel, then you Walz out from your ship. Now the last thing to do is to walk down to the target destination, where you place the parcel in another dispenser, signing the mission completed. Money is automatically transferred to your account.

With money in your pockets, you wonder what to do. Shopping sounds like a decent idea, but where? ArcCorp, obviously, the biggest little city covered planet in human history. So off you go, set your course by using a bit wonky star map and do the jump and then the landing procedures leading into a feeling of awe while watching how the humongous mega city slips by while you are trying to close to the spaceport. 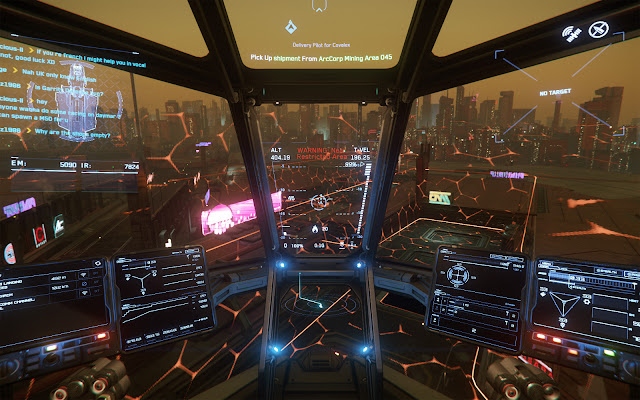 You land and, again with a feeling of awe, wander around the big city, its shops and crooks and crannies. Perhaps you do a bit shopping, get a new gun, some clothes or a new ship. It all depends, really on how much you have on you.

Then you get a bit bored and look for more work. Do some shipping, repair work maybe combat or racing. You can do a lot now and for the first time in its development history of Star Citizen, there's a feeling that this thing might actually on its way towards something.

But, as you might have suspected, as there's always a but, is it really fun? The sheer scale of it, the mundanity of waiting for a city transporter, doing odd jobs pretending to be a part of a large, human-inhabited universe. No, not really. 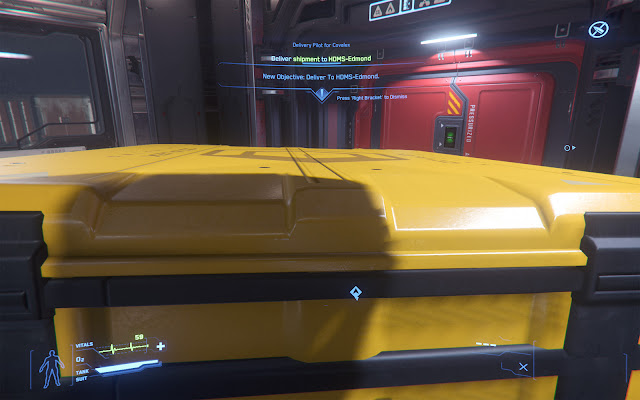 While the pieces are beginning to be visible, I can't really claim Star Citizen as fun, not yet at least. What this version 3.5 boils down to is an odd job simulator, where you just do routine jobs over and over again. How long you find that amusing and how long it will take the scale of it all to be less impressive, depends on you, really.

A lot of that has to do with how the game works at the moment. The Quantum travel can take a lot of time and waiting for your ship to travels five or so minutes for the furthest destination is far cry from a fun gameplay experience. You just spool the drive and jump and then wait, doing nothing or browsing the net or fiddling with your phone.

The UI still is a bit too convoluted for its own good. The whole "keep F pressed down in order to use menus"-system is just plain bad. To make it worse, especially when you are in a ship, seeing some of the choices means, that you need to look around you, still keeping F pressed down to see, where some options are. 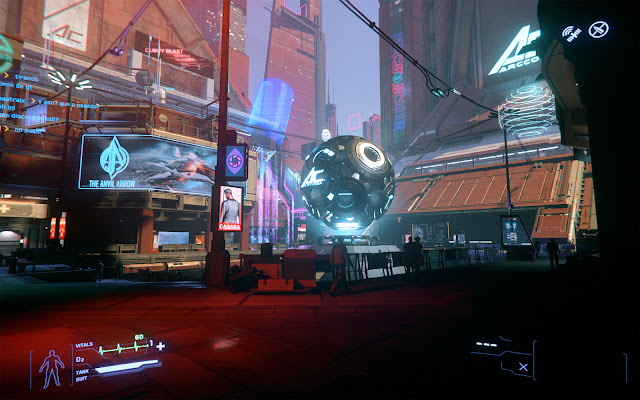 Mobiglass system is a cute way to communicate and check your equipment and ship, but the navigation through it is just plain clunky. The 3D map of the star system is wonky and at times doesn't zoom in or out properly. Setting the destination bugs out as well at times. As a whole, the navigation map interface should be redesigned.

There are improvements as well. The new flight model feels very good. I wouldn't call it yet as fluent as Elite Dangerous has, but the improvement is quite a noticeable one from the previous versions. The network code has been improved quite a bit and overall, 3.5 is the most stable version I've seen of the game, which even made completing mission possible if they didn't bug out.

Another huge change is, that you can now play as a female character. And there's an improved character creation system, which makes playing with facial features easier. It's still a bit rudimentary system, far from being as good or flexible as what Elite Dangerous has, but it's a something at least.

All said and done, despite 3.5 is the most stable version of the game at the moment, it still is an alpha version. It still needs quite a bit of work to be something else than a mundane job simulator it is at the moment. Playing it now still has a feeling of doing something the developers should be paying you an actual salary, not something that is a fun past time.

Despite your mileage may vary, I would still recommend against buying it. 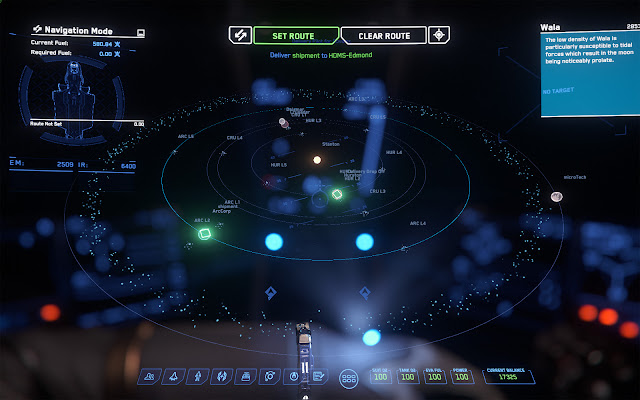