Shroud of the Avatar: Forsaken Virtues (2018) 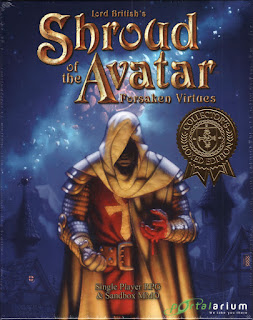 Shroud of the Avatar: Forsaken Virtues (2018), published and developed by Portalarium Inc.

The last time I checked Shroud of the Avatar, Richard Garriott of Ultima-fame helmed project, the game was in early access. The free trial period it had going on, didn't convince me to buy the game, as it was very, very raw around everywhere.  And now, in 2019, you won't have to buy the game anymore, as it has gone to the way of free to play. What this basically means is, that you can play the game in either single player or online for free. It also is out from early access, so how does it fare now. Did time improve what seemed somewhat promising, but very broken the last time I looked at it in 2017?

The short answer is no.

As I tried the MMO part of the game in early access, I thought it would be more interesting to see how the game works in singleplayer mode, as I was rather interested in seeing how the gameworld would change when you play it without other people and the buildings and cities they own. The very first town you get to, Solace, provides a good display on how reliance on those player houses has had a negative effect on how the town has been built. 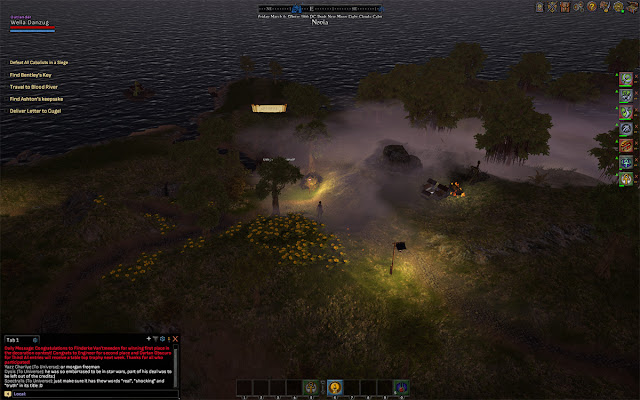 The town itself is quite small, consisting only a handful of buildings. The town map itself is rather large, having a good deal of real estate around it. The reason why this is comes evident when you open the local area map: you can see all the player owned slots in the map, scattered around the town. This reliance on player housing has more or less effectively gimped how the towns are designed, as they can't be too full of buildings if the idea was to get the players living permanently inside the game world.

It's not only the map design that is the problem, especially as far the promised single-player experience goes. It doesn't really matter if you play in the MMO or single-player mode, the gameplay is the same, and as far I can tell more or less unchanged from the early access. Essentially the whole thing boils down to as uninspired, clunky and rather boring take on your typical MMORPG. It doesn't offer anything new or particularly interesting to the table and on the top of it, despite it is out from the early access, the game feels, as a whole, unfinished.

Just out of the interest, I checked how the game was described during its original Kickstarter run. The bullet points promised a selective multiplayer game, with a rich storyline, more than 40-hours worth of single-player content, integrated into the game. There were to be choices and consequences as well as moral problems which would leave you thinking. And the final kicker was, that it was only the first game of proposed 5, where Shroud of the Avatar was to be released in 2014 and the rest 4 in 1-year intervals. 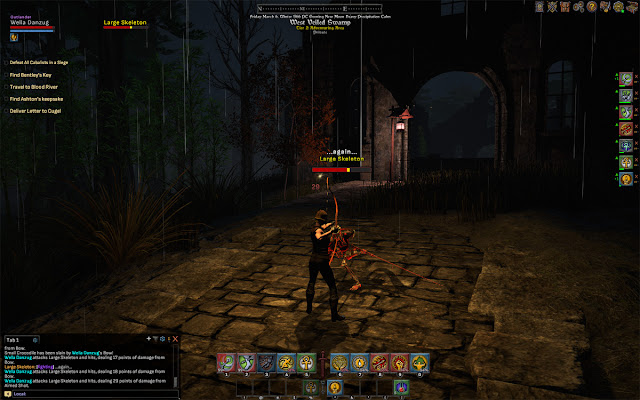 Let's think this for a moment, based on what the original project promised. How does the game that was released compare to that? And I know, game development doesn't always go as planned and changes happen.

I can give it the part about being a selective multiplayer game. You can choose to play it offline, which means no interaction with other players, but that also includes the player owned buildings, which in turn makes the town maps feel empty and unfinished. The same goes with player owned towns as well, as in the singleplayer mode those towns just don't exist, leaving empty gaps to the overhead map. Hell, some towns in single player mode are practically empty with no buildings nor characters in them.

This difference between the MMO and solo game alone makes it evident, that the developers were focusing more on the MMO aspect of the game. And in a way, it is understandable, as MMO and singleplayer games are two different kinds of beasts and making a game that works as both, is demanding, to say the least. 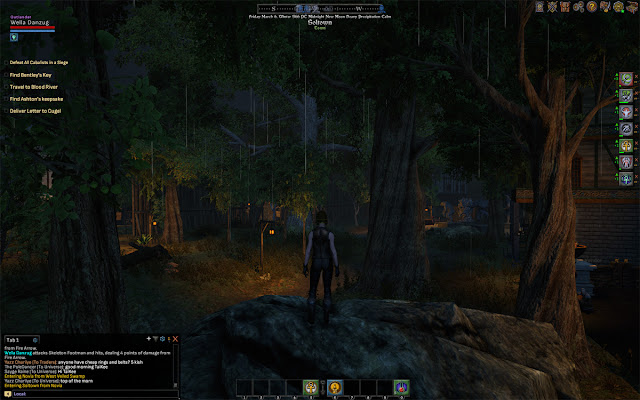 I can't say how much time it takes to play through the main story but that's mostly because I have no interest to embark on a quest of trying to play the game though, as it just isn't that interesting of a game. A game can grip you either by its great mechanics or an intriguing premise and Shroud of the Avatar doesn't really have neither.

The gameplay is just boring. The combat is your basic MMORPG tripe, where you click an enemy and proceed to smash skill buttons in order to drop them faster, occasionally siping a health potion or some other healing consumable. It's not interesting in single or MMO mode.

The story itself, lost me from the getgo, when the game made me, after ethereal character creation, escape from a town destroyed by hordes of zombies and skeletons. Oh, joy. The best way to spot a shitty RPG story is any tale where zombies or any other undead creatures are the first things you see. Or battle. Then there's some stuff about you being the Avatar of virtue, death cults and all that. So, to dense it down, nothing very interesting. 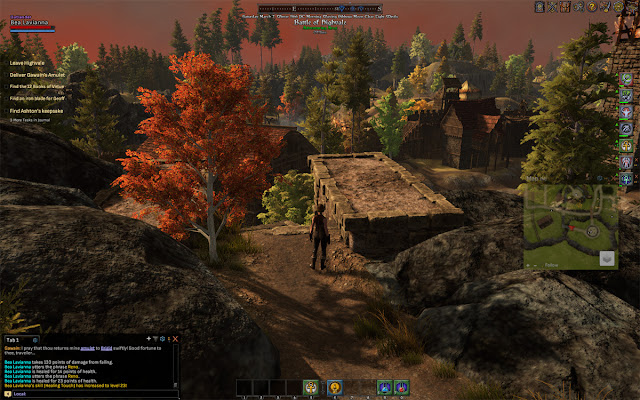 Moral choices and consequences? Yeah, you can lie to people, side with people with skewed morals, but are there consequences? I wouldn't know, as I just couldn't bother to find out. Maybe some people will say mean things to you if you do mean things, but I doubt there's anything more than that. And perhaps you may miss some quests as well, but you won't lose nothing in that, as none of the quests the game throws at you from the beginning is that interesting. Kill that or fetch those, that's where it all boils down to.

The first game out from a series of 5? I'm more inclined to say this will be the only game this particular series will ever see unless Richard Garriott can miraculously conjure some deeper backing behind the next instalment.

So, what is Shroud of the Avatar? The simplest answer is, that it is a bad single player game as well as a rather mediocre MMORPG that has very little going on for it. It is free to play, so you lose only your time by trying it, but time is money and all that. 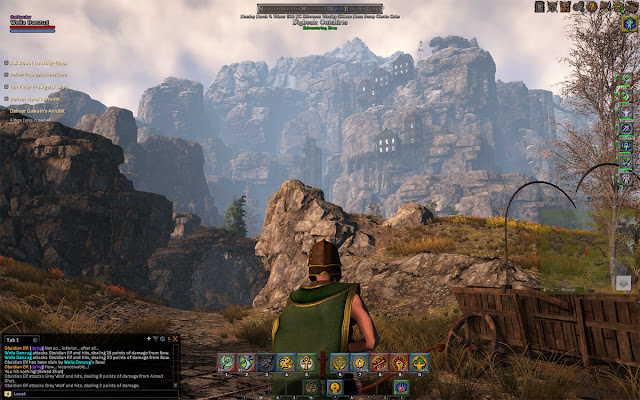 A more complex answer is, that the game is a failed attempt done by a developer, who has two distinct fan bases to serve. The first fan group knows him of his single-player Ultima games and the other is more of a fan of his Ultima Online. In an attempt to make something that would work for both sides, he managed to make something, that isn't really particularly interesting for either side. It was perhaps a bit foolish attempt in creating something different, which ended up backfiring badly.

In many ways, Shroud of the Avatar is a good example of how an ambitious game project can go wrong. It was a project, with its sights on high goals, but from what you can play now, it feels like a game that is also lacking a clear focus. It is a game, that tried to innovate but ended up just aping old ideas others have done better before.

On a side note, Portalariums does still patch the game, but I doubt they can do anything to really turn it around. For that, they'd have to redesign the whole game. Then again, who knows. 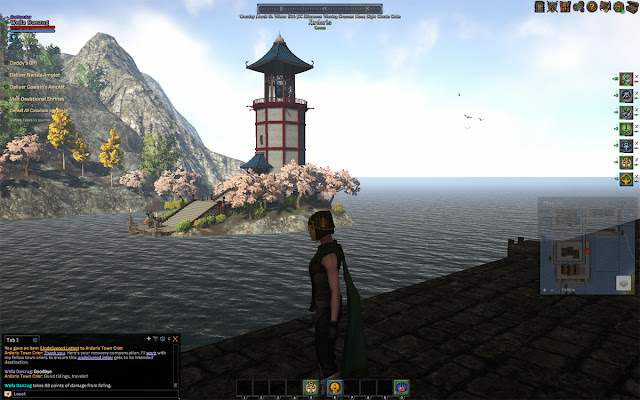