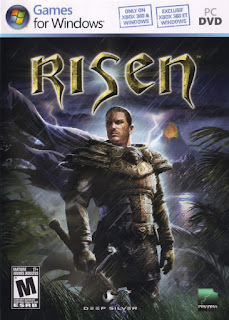 Yet again, a fantasy world is in turmoil. Ancient temples rise from the ground, all over the world, bringing ancient beasts and monsters with them. You are a stowaway, in a ship caught in an unnatural storm. The ship sinks, but you end up on one of the few safe havens from the magical turmoil, a volcano island.

It doesn't take long for you to stumble upon the first local, who informs you of the lay of the land.  The man himself is on the side of the local Don, who has, with his troops, hiding in the swamps. Then there is the church of the Holy Flame, a religious group lead by the inquisitor and which gets new blood mainly by kidnapping people. Finally, there is the Harbour Town, a lynchpin between the rivalry of the Don and the church.

I began my adventure by heading to the swamps. There I pledged to aid the Don and started doing your typical CRPG missions, mainly killing, looting and looking for people and stuff. But after a couple of hours, I ended up being forcefully recruited by the church, so I decided to roll with it and became a novice. This also allowed me to learn magic, which was useful. 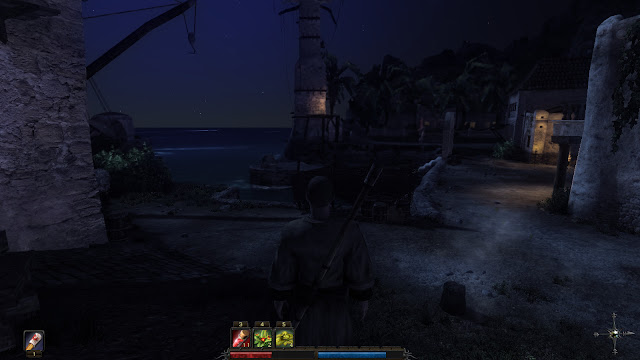 Bit by bit, the story unfolds. If you don't want to be spoiled, skip ahead. The turmoil of the world is a result of the Gods dying and the Titans battling over the remains. You soon catch the eye of the inquisitor, who is planning to open an ancient gate leading inside the volcano. From there, he is hoping to find a weapon he can use against the Titans.

This weapon is ages ago prisoned fire Titan, who, when freed, can potentially destroy the whole island. Not letting this particular malady strike is what you need to stop from happening in the final stretch of the game.

Risen is a lengthy, albeit clunky experience. It's one of those playable games, which could have been, with a little more polish, far better games. The biggest issue I have with it is the combat system. While it does feel fluent at times, it is easy to lose your bearings or get stuck somewhere, where the enemy easily beats you to mush. The controls are a bit off as well, especially when jumping or moving during the combat.  Using health potions also requires you to leg it during the combat and try to stay away as long as it takes for the slow animation to play itself out. 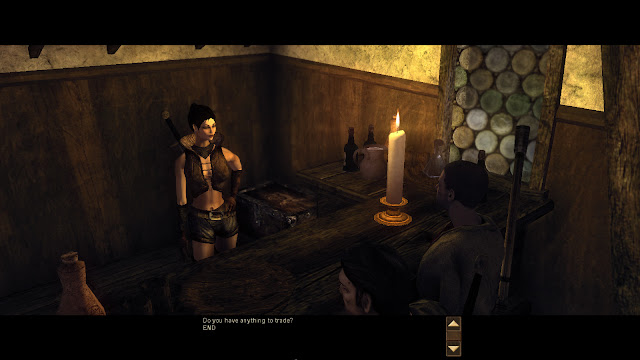 The character progression is easy enough. During level up, you get skill points, which you can then spend with different trainers to gain new skill levels. These skills range from combat and magic to hunting and metal crafting.

Interestingly enough, there is a crafting system, which allows you to build weapons and magical jewellery. I didn't do much else with the system besides some healing and mana potions, but it exists if you are willing to spend enough time to grind the skill levels to a point where it actually makes sense to learn something like smithing. But from my time with the game, that is something that is most likely happening in the final half of the game, so they might end up being rather useless when you already might have the best armour and weapon in the game.

Another interesting feature it has is, that that the inhabitants of the island are quite territorial with their lodgings. If you enter someones home, you will soon hear them calling you, asking what you are doing in their houses. This aspect of the game is quite aggressive though and continues even when you are better known to the people, even having done missions for them. Friend or stranger, they threaten to bash your head in, if you don't leave. 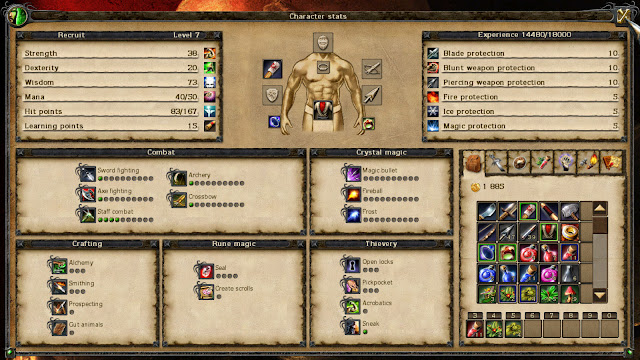 In whole, Risen is a serviceable CRPG. It doesn't do anything exceptionally amazing, but it isn't particularly bad in anything either. It is a game, which could be a lot better than what it is, but for that, it would have needed for some more time and/or money in development.

This isn't a game I see myself tackling again. It has some interesting things about it, like the possibility to choose different paths to the end, but it also has some technical issues with it, which make it somewhat cumbersome. Some aspects of it even feel unnecessary padding.

I do think it is a game you can play once, especially if you are interested in open world RPGs which let you choose your path with relative freedom. It is far from being a perfect game and I can easily see some people thinking it even being a poorly made game, which is a notion I don't necessarily disagree with.  But if you get over the technical issues, it is perfectly playable. 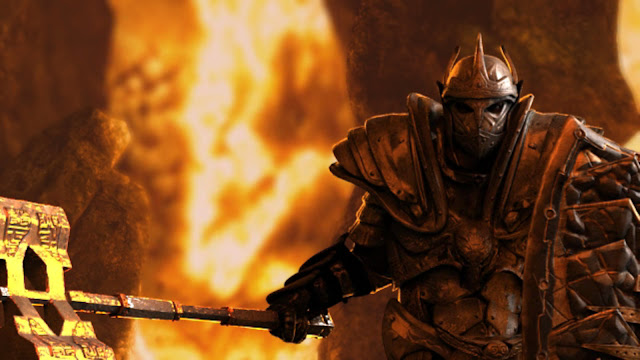