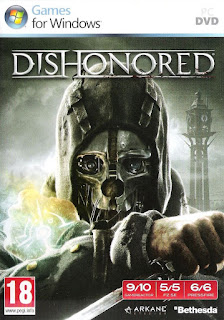 Corvo Attano is returning home, to continue his posting as the bodyguard of the Empress Jassamine Kaldwin of Dunwall. The city is in dire straits, as there is a plague running havoc among its population and to this disease is the reason Corvo has been aboard looking for aid.

Just as Corvo is giving his briefing to the Empress, assassins attack and kill her. Corvo is taken a prisoner, suspected of killing the Empress and thrown in jail to wait for his execution. Six months pass when he receives a message urging him to escape. With the message, there's a key to his cell.

From here on forward, Corvo has to choose between direct violence or stealth against the soldiers and his captors and the traitors. After he arrives at his helpers, Corvo and his talents as a stealthy fighter are harnessed to assassinate the conspirators who arranged the Empresses assassination and have taken control of Dunwall and taken the daughter of the Empress, lady Emily as their prisoner. 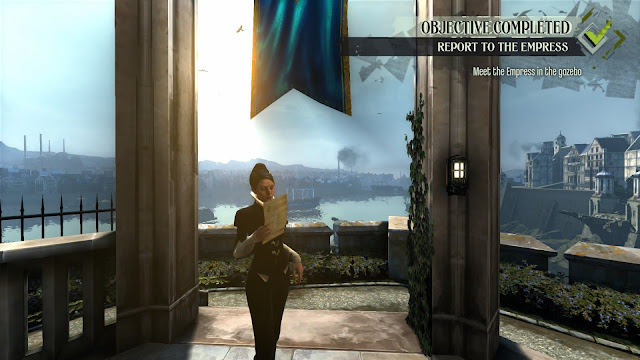 To make the matters stranger, Corvo is approached by the mysterious deity called the Outsider in a dream, where he is given special abilities to aid his quest. The magic of the Outsider helps him to blink from one location to another or kill his targets from a distance.

In many ways, Dishonored is a game every studio developing a first-person action stealth game should take a solid look at. Every level has been designed so, that there are multiple ways to each goal. The levels are also filled with additional secrets, which help to make the city feel much larger.

But what is more important, you can very freely choose the amount of violence you want to inflict. While you are playing as an assassin with supernatural powers, you can fully opt to play the game so, that you will never kill anyone, not even the main targets. Besides the several violent means of dispatching the targets, there is a non-violent option for them as well, which bring some amount of poetic justice upon them. 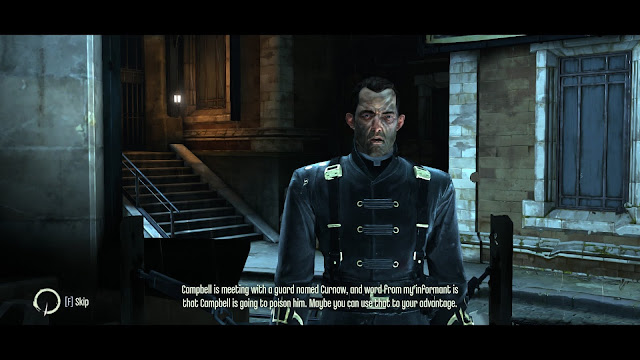 The way you play determines how the tale will end. The more people you kill, the more chaos you will cause, which ends up helping the plague devouring the city spread further. The best ending for the story makes Emily the new Empress and Corvo her trusted bodyguard and advisor. The worst ending makes the city crumble under the plague. This doesn't mean you have to go full pacifist on each mission, far from it, but the stealthier you can be, the better the end result.

The biggest problem Dishonored has is the gear at your disposal. There are several ways to kill people, from swords to bombs, but only a couple of ways to stun them. The most used method is to sneak behind someone and throttle them unconscious, the other is to shoot them with a sleeping dart, which can end up killing them if they happen to fall from the roof or something similar.  Stealth is very useful in killing as well if you spread traps and tripwires or just sneak attack on people.

If you do decide to go on a murderous rampage, the powers are useful on that. You can blink around, thus getting behind people without them noticing or just stop time altogether for a short duration, which is useful in stabbing or shooting multiple people before they can react at all. 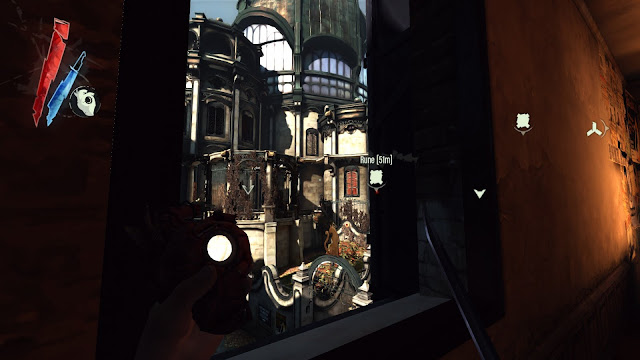 These powers are unlocked with the Outsider runes you can find from every level. There are six different powers, which require a varying amount of runes. The first power you unlock is the blink, which is useful in jumping past guards and climbing to roofs and other hard to get locations. Dark Vision helps you to see in the dark as well as people through walls. Bend Time manipulates time and Possession lets you take control of animals or people. Devouring Swarm dispatches a swarm of plague rats on enemies. Shadow Kill turns your kills to ash, which prevents the other guards being alerted by corpses.

Additionally to the powers, you can get several small perks in the form of bone charms, which are again scattered all over the city. These perks increase the potent of the powers or the mana and health potions.

Money plays an important part as well. The coin you can loot during the missions can be used to restock your potions and ammunition. Besides basic shopping, money is also needed to upgrade the gear you have, turning the weapons and bombs more effective. Additionally, the face maks Corvo wears can be fitted with a zoom option and his shoes can be made less noisy. 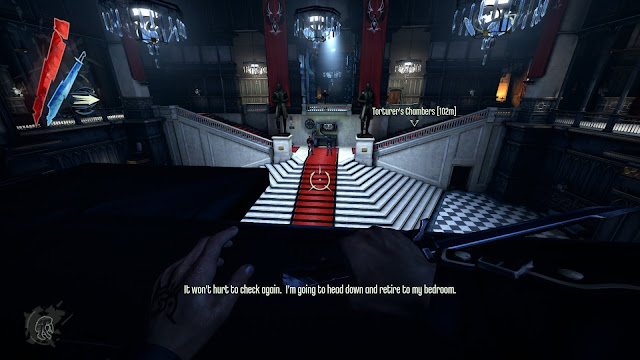 Dishonored is a great example of how a stealth-based game should be made. The bleak city of Dunwall is greatly built place, that offers multiple possibilities in moving around. The AI of the guards and people feels believable and the story is nicely told. It might not have huge surprises in store, but overall, it offers a nice ride that manages to hold you to the end.

If you are a fan of stealth action games, this is definitely a game you should give a try. And if you end up enjoying the game, it also has a couple of story DLC's, which let you experience more of the world of Dunwall, from a perspective of another character. And there's a sequel as well, apparently just as well received as this one. 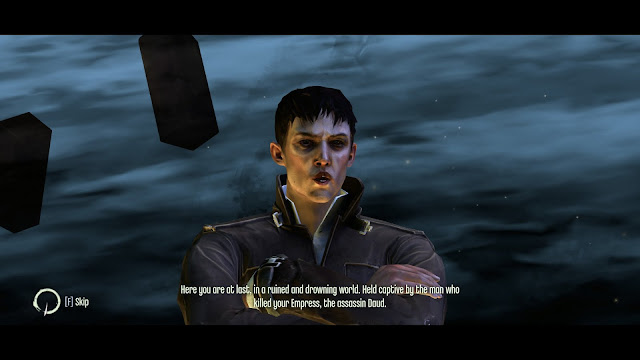