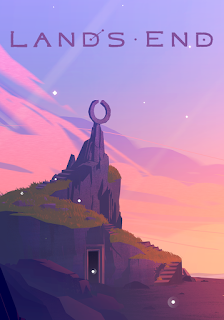 I've finally played through a game in VR. This wasn't the first time I've tried VR, but this was the first time I actually played a game, that felt worth playing through and not just something shallow that can be used to wow people on what VR can do. Still a good deal of things released on VR fall into that category: initially mesmerizing, but in the end not really something you'd want to spend too much time with.

Land's End is essentially a simple puzzle adventure game, where you use mainly your sight to solve simple puzzles. You can use a controller to turn around if you don't have a chair that turns easily or are in an otherwise cramped location, but ideally, your own head movements and being able to turn around is all you need.

The puzzles are of three variety: connecting things, moving things and a mix of the two. The connection puzzles work by drawing a line through a given set of points. Moving puzzles require you to movie stone slabs to create a picture or point set for a connection puzzle, which is what the mix puzzle type is all about. 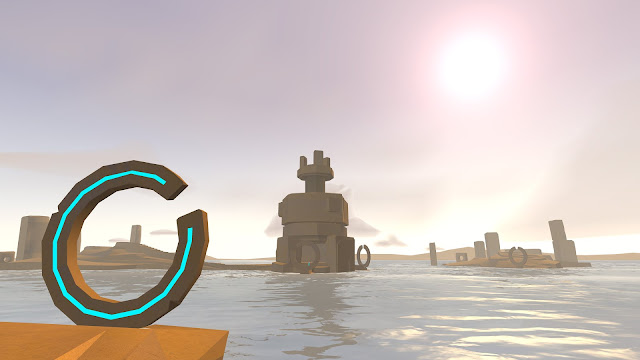 As you might imagine, as you control the game by your gaze, the puzzles aren't overly complex, but they do work very well with VR. Land's End is an easy game, but this also makes it something that can be enjoyed in full in one sitting, which considering the bulkiness modern VR gear still suffers from, is only a good thing.

Visually Land's End is rather reduced. It uses simple 3D models and textures to convey a world built from few polygons, but which still is visually and aesthetically pleasing to look at. It is easy to let yourself slip into the overall experience of solving some sort of a mystery of an ancient civilization that has left behind machinery that needs to be powered by connecting dots.

The atmosphere and playability are what make Land's End as good as it is, as there isn't much of a larger narrative going on in the game. The description at the Oculus store states, that you need to revive an ancient civilization with the power of your mind, but you don't really need that description to enjoy the game as it is. 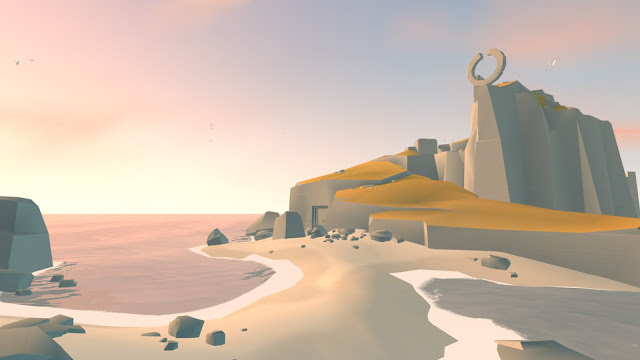 If you are looking for a VR game that can drag you in and also utilizes VR in a good manner, Land's End is a good choice. It isn't a long game, but it is a well-made game, that offers a solid experience with the technology it was made for.

Land's End succeeds in two fronts. Firstly, it is a nice game on its own, despite not a very complex one. Secondly, it manages to provide a solid experience, which makes it worthwhile playing in VR. As far games go, I do think the style presented here, the kind of a Myst style adventuring, is what will, in the end, make VR. Sure, it is enticing for simulation players as well, something like Elite can definitely get a boost out of it, but for the general public, I can see something like this being more easily approachable. 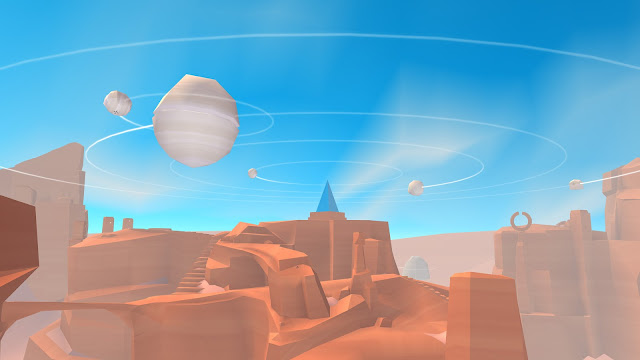